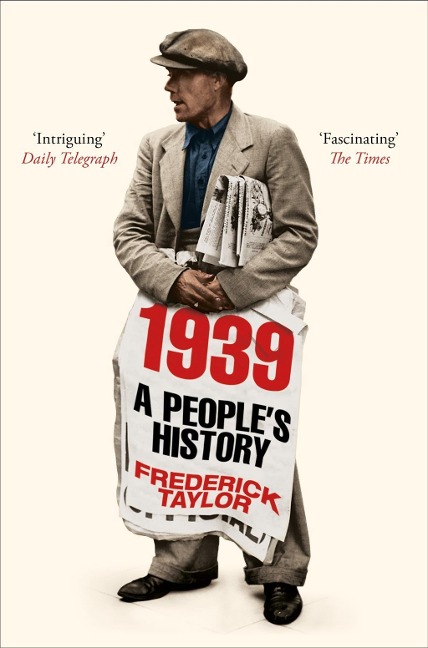 In the autumn of 1938, Europe believed in the promise of peace. Still reeling from the ravages of the Great War, its people were desperate to rebuild their lives in a newly safe and stable era. But only a year later, the fateful decisions of just a few men had again led Europe to war, a war that would have a profound and lasting impact on millions.
Bestselling historian Frederick Taylor focuses on the day-to-day experiences of British and German people trapped in this disastrous chain of events and not, as is so often the case, the elite. Drawn from original sources, their voices, concerns and experiences reveal a marked disconnect between government and people; few ordinary citizens in either country wanted war.
1939: A People's History is not only a vivid account of that turbulent year but also an interrogation of our capacity to go to war again. And it serves as a warning; an opportunity for us to learn from our history, a reminder that we must never take peace for granted.
'Taylor has done us a great service in making the personal stories of what it was actually like to live through the most crucial year of the twentieth century vivid, compelling and salutary.' Roland Philipps, author of A Spy Named Orphan
'Sinister and thrilling.' Who Do You Think You Are Magazine

Frederick Taylor was educated at Aylesbury Grammar School, and read History and Modern Languages at Oxford, before postgraduate work at Sussex University. He edited and translated The Goebbels Diaries 1939-41 and is the author of several acclaimed works of history, including Dresden, The Berlin Wall, Coventry and 1939: A People's History. He lives in Cornwall.