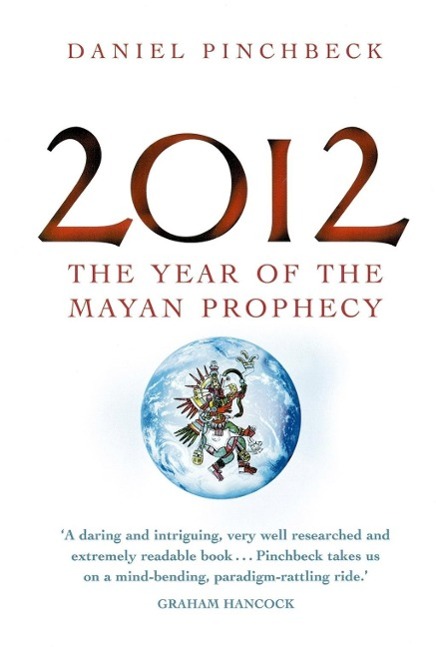 The year of the Mayan prophecy

2012 is a literary and metaphysical epic that binds together the cosmological phenomena of our time, ranging from crop circles to quantum theory to the worldwide resurgence of shamanism, supporting the Mayan prophecy that the year 2012 will bring an unprecedented global shift. In tracing the meaning of the prophetic Mayan 'end date' of 2012 to our present society, Daniel Pinchbeck draws together alien abductions, psychedelic visions, the current ecological crisis and other peculiar aspects of 21st century life into a new vision for our time. 2012 heralds the end of one way of existence and the return of another, in which the Mesoamerican God Quetzalcoatl returns, bringing with him an ancient - yet to us, wholly new - way of living.  There are many hints, both in quantum theory and elsewhere, that humanity is precariously balanced between greater self-potential and environmental disaster. Pinchbeck's journey, which takes us from the endangered rainforests of the Amazon to Stonehenge in England, tells the story of a man in whose trials we recognise our own hopes and anxieties about modern life.

The Bridge of San Luis Rey

The Hundredth House Had No Walls

A Start in Life