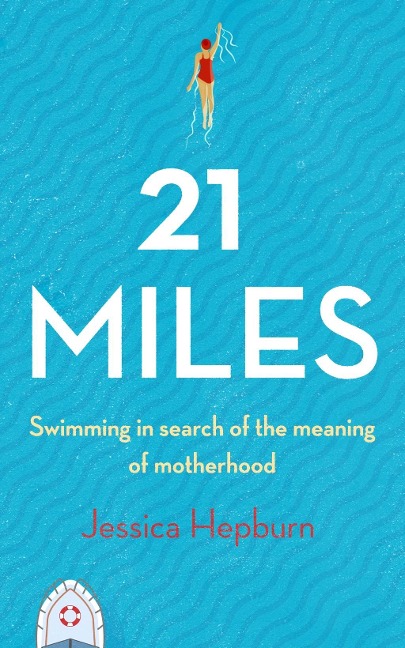 Swimming in Search of the Meaning of Motherhood

After a decade of trying to become a mother - eleven rounds of unsuccessful IVF, multiple miscarriages and a pregnancy which proved almost fatal - Jessica Hepburn knew it was time to do something different.

So she decided to swim the twenty-one miles across the English Channel - no easy feat, especially for someone with an aversion to exercise who couldn't swim very well. As the punishing training commenced, Jessica learned you need to put on weight to stave off the cold. This then led to another idea: what if she wrote to a collection of inspiring women, asking if they would meet and eat with her to answer the question: does motherhood make you happy?

The response was overwhelming. From baronesses and professors to award-winners and record-breakers, amazing women from different walks of life - some mothers, some not - all with compelling truths to tell about female fulfilment and the meaning of motherhood. On 2 September 2015, Jessica set out from Dover beach in the dark, taking the words that each of the women had given to sea in her bid to answer the question.

Jessica is an award-winning author, arts producer and adventure activist, and one of the UK's leading voices on fertility, family and endurance sport. In 2018 she was nominated as an Amnesty International 'Woman of Suffragette Spirit' and won the Fertility Foundation's inaugural 'Fertility Hero' Award.

She is the author of two books - The Pursuit of Motherhood and 21 Miles - and also writes and speaks widely in the press and media and at public events on the subject of fertility.

She was the Executive Director of one of London's leading theatres - the Lyric Hammersmith - before going on to establish Fertility Fest - the world's arts festival dedicated to fertility.

Kingdom of the Golden Dragon

You and Your Teenager

Take Me With You