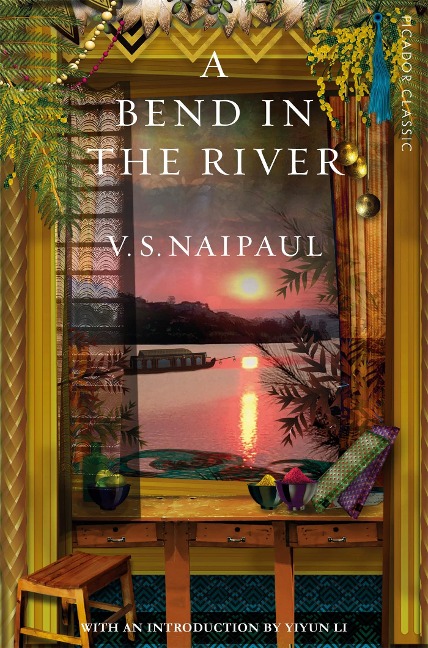 A Bend in the River

The world is what it is; men who are nothing, who allow themselves to become nothing, have no place in it.
Salim has lived most of his life on the east coast of Africa, living and working with his family. When he sets out to build a new life for himself, moving to an unnamed country in the heart of the continent, he believes he is doing so to fulfil his duty as a man. He buys a small shop in a sleepy town, at a bend in the river, where he sells sundries to the locals.
First published in 1979, A Bend in the River is Sir Vidia's vivid exploration of post-colonial Africa at the time of Independence. Serving as a microcosm of this changing world, his bend in the river is a scene of chaos, violent change, warring tribes, ignorance, isolation and poverty. And from this rich landscape emerges one of the author's most potent works - a truly moving story of historical upheaval and social breakdown.
'A work of intense imaginative force' Elizabeth Hardwick
'Brilliant and terrifying' Observer

V.S. Naipaul was born in Trinidad in 1932. He came to England on a scholarship in 1950. He spent four years at University College, Oxford, and began to write, in London, in 1954. He pursued no other profession.

His novels include A House for Mr Biswas, The Mimic Men, Guerrillas, A Bend in the River, and The Enigma of Arrival. In 1971 he was awarded the Booker Prize for In a Free State. His works of nonfiction, equally acclaimed, include Among the Believers, Beyond Belief, The Masque of Africa, and a trio of books about India: An Area of Darkness, India: A Wounded Civilization and India: A Million Mutinies Now.

In 1990, V.S. Naipaul received a knighthood for services to literature; in 1993, he was the first recipient of the David Cohen British Literature Prize. He received the Nobel Prize in Literature in 2001. He lived with his wife Nadira and cat Augustus in Wiltshire, and died in 2018.