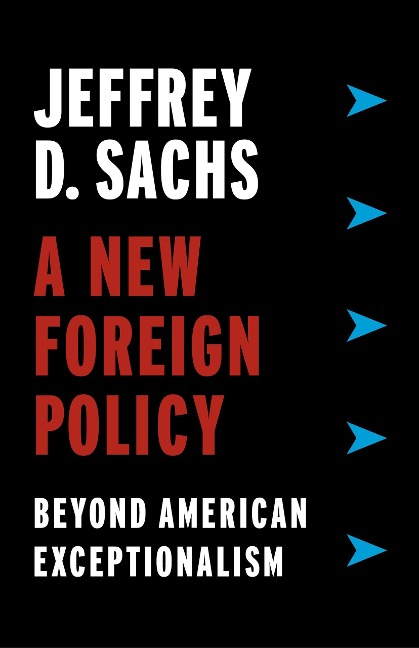 In this sobering analysis of American foreign policy under Trump, the award-winning economist calls for a new approach to international engagement.

The American Century began in 1941 and ended in 2017, on the day of President Trump's inauguration. The subsequent turn toward nationalism and "America first" unilateralism did not made America great. It announced the abdication of our responsibilities in the face of environmental crises, political upheaval, mass migration, and other global challenges. As a result, America no longer dominates geopolitics or the world economy as it once did.

In this incisive and passionate book, Jeffrey D. Sachs provides the blueprint for a new foreign policy that embraces global cooperation, international law, and aspirations for worldwide prosperity. He argues that America's approach to the world must shift from military might and wars of choice to a commitment to shared objectives of sustainable development.

A New Foreign Policy explores both the danger of the "America first" mindset and the possibilities for a new way forward, proposing timely and achievable plans to foster global economic growth, reconfigure the United Nations for the twenty-first century, and build a multipolar world that is prosperous, peaceful, fair, and resilient.
E-Book 07/2020