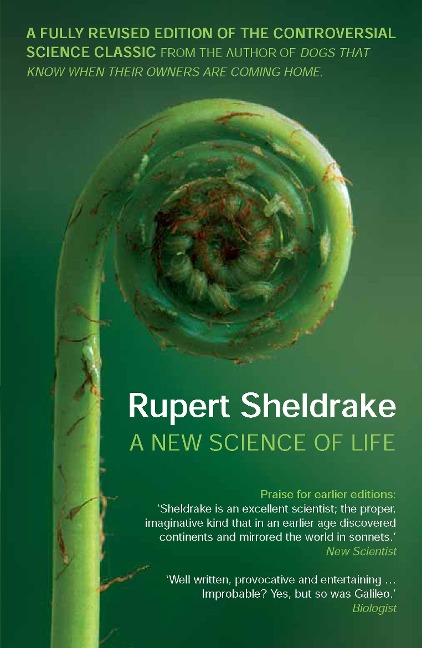 A New Science of Life

**The fully revised edition of Rupert Sheldrake's controversial science classic, from the author of the bestselling Dogs That Know When Their Owners are Coming Home, celebrates its 40th anniversary in 2021!**

After chemists crystallised a new chemical for the first time, it became easier and easier to crystallise in laboratories all over the world. After rats at Harvard first escaped from a new kind of water maze, successive generations learned quicker and quicker. Then rats in Melbourne, Australia learned yet faster. Rats with no trained ancestors shared in this improvement.

Rupert Sheldrake sees these processes as examples of morphic resonance. Past forms and activities of organisms, he argues, influence organisms in the present through direct connections across time and space.Individual plants and animals both draw upon and contribute to the collective memory of their species.

Sheldrake, now Director of the Perrott-Warwick Project supported by Trinity College, Cambridge, reinterprets the regularities of nature as being more like habits than immutable laws. Described as 'the best candidate for burning there has been for many years' by Nature on first publication, this updated edition will raise hackles and inspire curiosity in equal measure.