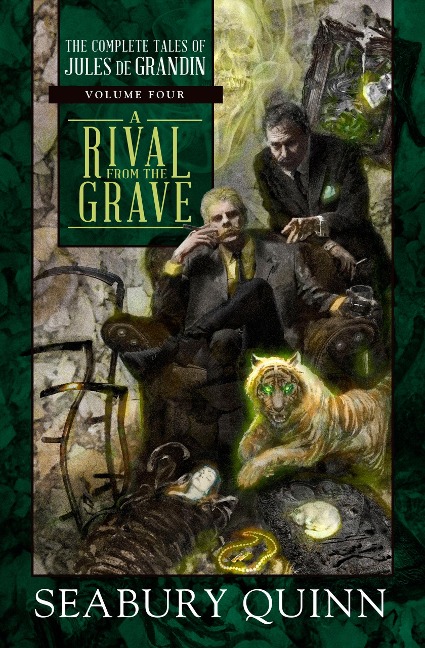 A Rival from the Grave

The pulp magazine Weird Tales was an early platform for many authors of the bizarre and fantastic, including such luminaries as H. P. Lovecraft, Robert E. Howard, August Derleth, and Clark Ashton Smith. In the golden age of genre pulp fiction, Weird Tales contributor Seabury Quinn was more popular than them all. Yet in recent years, Quinn and his chilling tales of supernatural mystery have fallen into relative obscurity.

The Complete Tales of Jules de Grandin presents all ninety-three published works featuring the supernatural detective. The fourth volume, A Rival from the Grave, includes all the stories from "The Chosen of Vishnu" (1933) to "Incense of Abomination" (1938).

Seabury Quinn was a pulp magazine author, whose popular stories of the occult detective Jules de Grandin were published in Weird Tales between 1925 and 1951. Quinn penned ninety-two short stories and one full-length novel featuring 'the occult Hercule Poirot,' which were enormously popular with readers. Quinn lived in Washington, D.C., United States, and died in 1969.