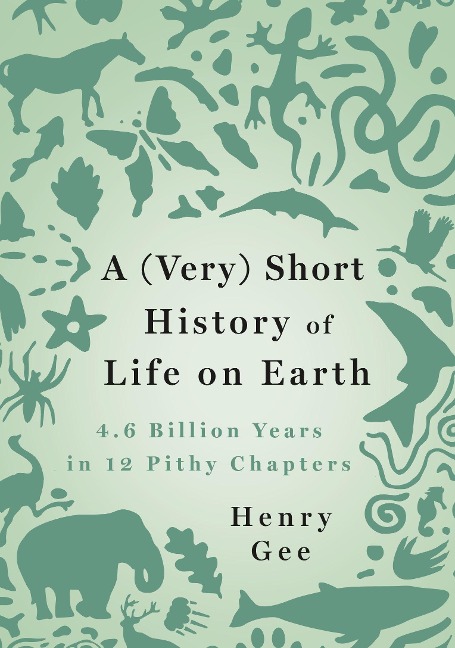 A (Very) Short History of Life on Earth: 4.6 Billion Years in 12 Pithy Chapters

In the tradition of Richard Dawkins, Bill Bryson, and Simon Winchester-An entertaining and uniquely informed narration of Life's life story.

In the beginning, Earth was an inhospitably alien place-in constant chemical flux, covered with churning seas, crafting its landscape through incessant volcanic eruptions. Amid all this tumult and disaster, life began. The earliest living things were no more than membranes stretched across microscopic gaps in rocks, where boiling hot jets of mineral-rich water gushed out from cracks in the ocean floor.

Although these membranes were leaky, the environment within them became different from the raging maelstrom beyond. These havens of order slowly refined the generation of energy, using it to form membrane-bound bubbles that were mostly-faithful copies of their parents-a foamy lather of soap-bubble cells standing as tiny clenched fists, defiant against the lifeless world. Life on this planet has continued in much the same way for millennia, adapting to literally every conceivable setback that living organisms could encounter and thriving, from these humblest beginnings to the thrilling and unlikely story of ourselves.

In A (Very) Short History of Life on Earth, Henry Gee zips through the last 4.6 billion years with infectious enthusiasm and intellectual rigor. Drawing on the very latest scientific understanding and writing in a clear, accessible style, he tells an enlightening tale of survival and persistence that illuminates the delicate balance within which life has always existed.

Chapter 1: A Song of Fire and Ice
Chapter 2: Animals Assemble
Chapter 3: The Backbone Begins
Chapter 4: Running Aground
Chapter 5: Arise, Amniotes
Chapter 6: Triassic Park
Chapter 7: Dinosaurs in Flight
Chapter 8: Those Magnificent Mammals
Chapter 9: Planet of The Apes
Chapter 10: Across the World
Chapter 11: The End of Prehistory
Chapter 12:The Past of The Future
Epilogue
Further Reading
Acknowledgements
Notes