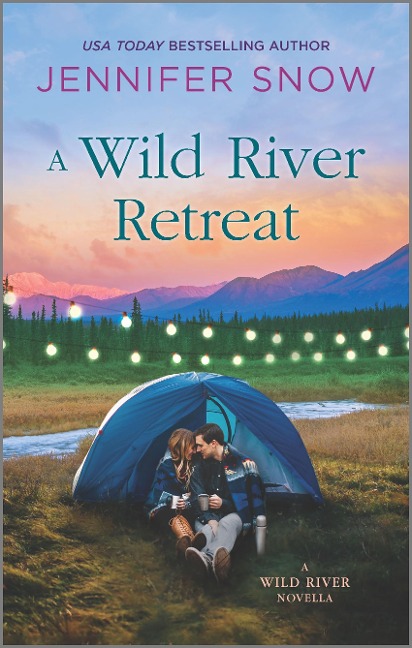 Can a weekend in the wilds of Alaska clear the air between these competitive colleagues and remind them of all they've been missing?

When the opportunity for a high-profile promotion comes up, hardworking sales rep Kendra Phillips figures she's a shoo-in…only to be disappointed to be beaten out by her new coworker, Nolan Lawless. Kendra wouldn't be so upset if he was just another colleague, but she and Nolan have history. The two shared a steamy week together at a sales conference months ago, and Kendra came away feeling that their connection was real. At least, until Nolan ghosted her as soon as the conference was over.

Kendra just wants to move on and focus on her job, but a forced work retreat makes avoiding Nolan impossible. Roughing it in the Alaskan wilderness isn't exactly Kendra's idea of a good time, and when Nolan is assigned as her partner for the trip, she'll have to channel her pain into competitive energy to prove she's over him…even when sleeping next to him in their tiny shelter tells her heart she's not.

Jennifer Snow is an award-winning, USA Today bestselling author of more than thirty-five contemporary romances and thrillers. Her novels have received starred reviews from Publishers Weekly and some have been optioned for film and television. Also a screenwriter, Jen is known for her romantic comedies and female-driven dramas. A Canadian living in Torrevieja, Spain, with her husband and son, she loves to travel and spend time near the ocean. Visit her online at jennifersnowauthor.com.