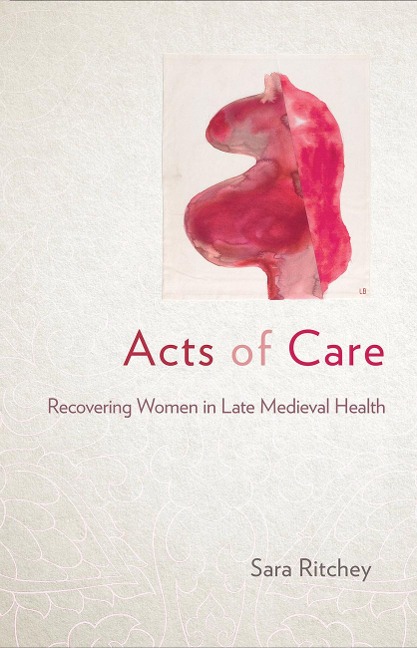 In Acts of Care, Sara Ritchey recovers women's healthcare work by identifying previously overlooked tools of care: healing prayers, birthing indulgences, medical blessings, liturgical images, and penitential practices. Ritchey demonstrates that women in premodern Europe were both deeply engaged with and highly knowledgeable about health, the body, and therapeutic practices, but their critical role in medieval healthcare has been obscured because scholars have erroneously regarded the evidence of their activities as religious rather than medical.

The sources for identifying the scope of medieval women's health knowledge and healthcare practice, Ritchey argues, are not found in academic medical treatises. Rather, she follows fragile traces detectable in liturgy, miracles, poetry, hagiographic narratives, meditations, sacred objects, and the daily behaviors that constituted the world, as well as in testaments and land transactions from hospitals and leprosaria established and staffed by beguines and Cistercian nuns.

Through its surprising use of alternate sources, Acts of Care reconstructs the vital caregiving practices of religious women in the southern Low Countries, reconnecting women's therapeutic authority into the everyday world of late medieval healthcare.

Thanks to generous funding from the University of Tennessee, Knoxville, the ebook editions of this book are available as Open Access (OA) volumes from Cornell Open (cornellopen.org) and other Open Access repositories.