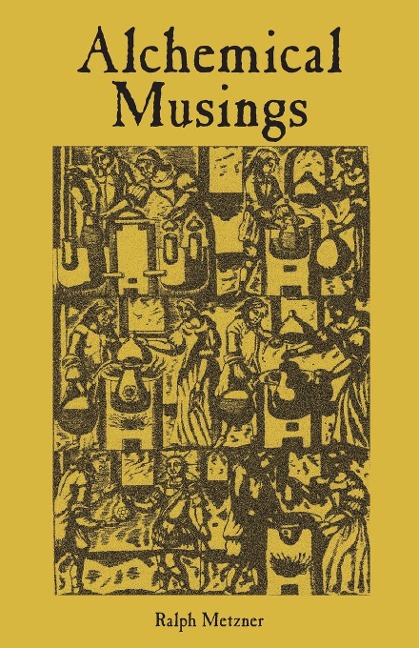 Ralph Metzner first wrote about alchemy when he was in his early 30s. He included a chapter on alchemy in his book Maps of Consciousness, which was published in 1971. As a professor at the California Institute of Integral Studies, he taught a course titled "Alchemy and Depth Psychology," as part of the East-West Psychology Program. The study of alchemy was also a part of a course he taught on esoteric systems of thought. I was a student in his alchemy class in the summer of 1983, as well as of the esoteric systems course during the academic year. In the 1990s he wrote about a process he called Alchemical Divination, and developed that into a training program which he taught for more than a decade in the early 2000s. In the latter few years of his life he recorded his thoughts on some 36 alchemical terms. Over an arc of some 50 years, Ralph worked on the practice of using alchemical processes for inner transformation. This volume of alchemical musings combines his earliest writing on alchemy with his last writings on alchemical terms.
The history of alchemy is intimately connected with the history of the so-called secret societies of the European Middle Ages. The secrecy of these groups was in part a political survival necessity. Their teachings, which involved liberation from false concepts and preprogrammed designs, if openly declared, would have aroused the opposition of the established church. In part, also, the need for secrecy is inherent in the nature of the work of schools of inner transformation. It is the secrecy of a technical language, not the secrecy of an attempt to gain political or commercial advantage, although this was precisely the accusation leveled against them.
The secrecy factor makes it difficult to reconstruct the history of these psychological schools with any accuracy, especially since much of the information about them derives from the defamatory distortions of the churchly opposition. It seems reasonably certain though that throughout that period when Europe was dominated by the power of the church these schools of psychological transformation continued to arise. To what extent there was an unbroken continuity of tradition, reappearing in different guises, and to what extent new teachings were formulated in concepts derived from ancient, semi-mythical sources in order to facilitate their acceptance, is difficult to say. The alchemists and other groups tended to emphasize that their teaching was the same as that taught by the "ancient sages": the first teacher was always Hermes Trismegistos, an Egyptian initiate, whom Egyptians identified with Thoth, the scribe of the gods, and the Greeks identified with Hermes, the messenger of the gods. Numerous works of anonymous medieval Latin alchemists were simply attributed to Hermes. Other ancients, whom the alchemists cited as initiates in their tradition, include Solomon, Pythagoras, Socrates, Plato, and Anaxagoras; and among medievalists, Avicenna, Albertus Magnus, Roger Bacon, Raymond Lully, and others.
The commonly accepted view of alchemy among contemporary scientists is that though their researchers had the merit of paving the way for the development of modern chemistry, yet they were regrettably steeped in the useless and superstitious quest to make gold. This despite the repeated and insistent statements of the alchemists that aurum nostrum non est aurum vulgum, "our gold is not the common gold," and that "our" mercury is not the common mercury.
An anonymous author of "An Open Entrance to the CLosed Palace of the King writes: "You must understand . . . that I have spoken metaphorically; if you take my words literally you will reap no harvest."

Ralph Metzner, Ph.D., (1936-2019), was a recognized pioneer in studies of consciousness and its transformations. He was a psychotherapist and Professor Emeritus at the California Institute of Integral Studies where he was also Academic Dean for 10 years in the 1980s. He collaborated with Timothy Leary and Richard Alpert in the studies of psychedelic drugs at Harvard in the 1960s. He has written more than 20 books that include Ecology of Consciousness,  The Well of Remembrance, The Unfolding Self, and Birth of a Psychedelic Culture (with Ram Dass and Gary Bravo).