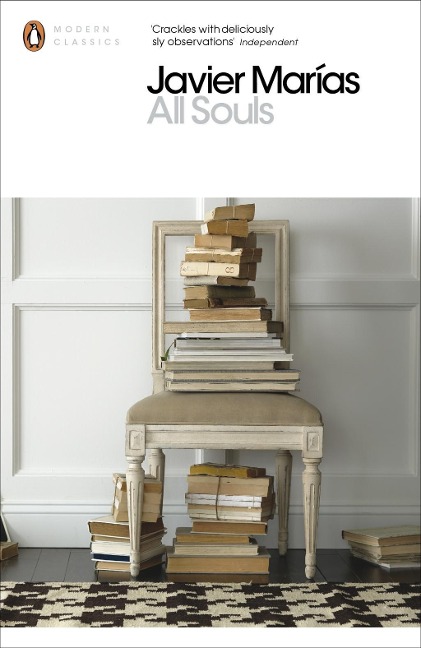 All Souls is a compelling black comedy of Oxford life by Javier Marías, whose highly-anticipated new novel The Infatuations is published in 2013. This Penguin Modern Classics edition features a new Introduction by John Banville, author of The Sea.

The pretty young tutor Clare Bayes attracts many eyes at an Oxford college dinner, not least those of a visiting Spanish lecturer (desperate to escape his conversation with an obese economist about an eighteenth-century cider tax). As they begin an affair, meeting in hotel bedrooms away from the eyes of Clare's husband, the Spaniard finds himself increasingly drawn into the strange world of Oxford, 'one of the cities in the world where the least work gets done', in a story of lust, loneliness, vanity and memory. Filled with brilliant set pieces and pin-sharp observation, All Souls is a masterpiece of black humour.