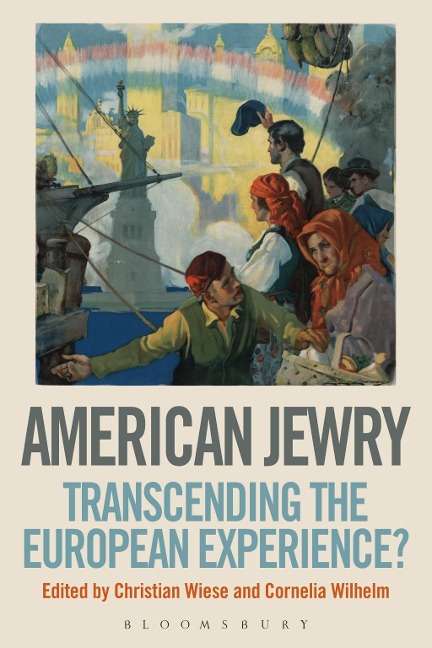 American Jewry explores new transnational questions in Jewish history, analyzing the historical, cultural and social experience of American Jewry from 1654 to the present day, and evaluates the relationship between European and American Jewish history. Did the hopes of Jewish immigrants to establish an independent American Judaism in a free and pluralistic country come to fruition? How did Jews in America define their relationship to the 'Old World' of Europe, both before and after the Holocaust? What are the religious, political and cultural challenges for American Jews in the twenty-first century? Internationally renowned scholars come together in this volume to present new research on how immigration from Western and Eastern Europe established a new and distinctively American Jewish identity that went beyond the traditions of Europe, yet remained attached in many ways to its European origins.

Christian Wiese holds the Martin Buber Chair in Jewish Thought and Philosophy at the Goethe University Frankfurt am Main, Germany. His recent publications include Years of Persecution, Years of Extermination: Saul Friedlander and the Future of Holocaust Studies (co-editor, 2010).

Cornelia Wilhelm is DAAD Professor in the Departments of History and Jewish Studies at Emory University, USA. She also teaches as Professor of Modern History at Ludwig-Maximilians-University Munich, Germany, and has held visiting positions at Rutgers University, US, and Leopold-Franzens-University of Innsbruck, Austria. She is author of several volumes including German Jews in America: Bourgeois Civil Self-Awareness and Jewish Identity in the Orders B'nai B'rith and True Sisters, which was published in English translation in July 2011.

1 Europe in the Experience and Imagination of American Jewry: An Introduction
Christian Wiese, Goethe University, Germany

8 The Philadelphia Conference 1869 and German Reform: A Historical Moment in a Transnational Story of Proximity and Alienation
Christian Wiese

10 Something Old, Something New ... Something Blue: Negotiating for a New Relationship between Judaism and Christianity in America, 1865--1917
Yaakov Ariel, University of North Carolina, Chapel Hill, USA

Part III: New Roles and Identities in an Age of Mass Migration

Part IV: Challenges for American Jewry after the Holocaust