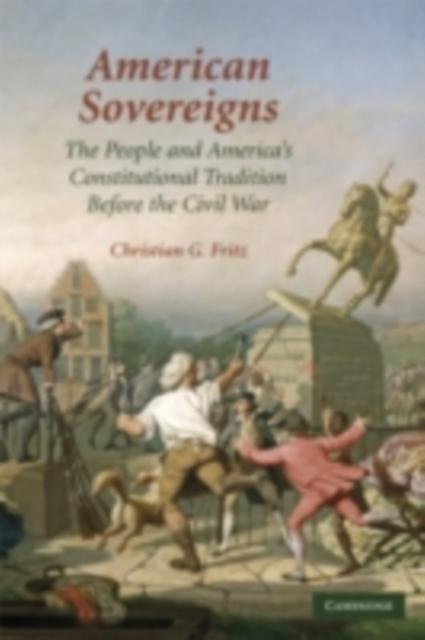 The People and America's Constitutional Tradition Before the Civil War

American Sovereigns: The People and America's Constitutional Tradition Before the Civil War challenges traditional American constitutional history, theory and jurisprudence that sees today's constitutionalism as linked by an unbroken chain to the 1787 Federal constitutional convention. American Sovereigns examines the idea that after the American Revolution, a collectivity - the people - would rule as the sovereign. Heated political controversies within the states and at the national level over what it meant that the people were the sovereign and how that collective sovereign could express its will were not resolved in 1776, in 1787, or prior to the Civil War. The idea of the people as the sovereign both unified and divided Americans in thinking about government and the basis of the Union. Today's constitutionalism is not a natural inheritance, but the product of choices Americans made between shifting understandings about themselves as a collective sovereign.