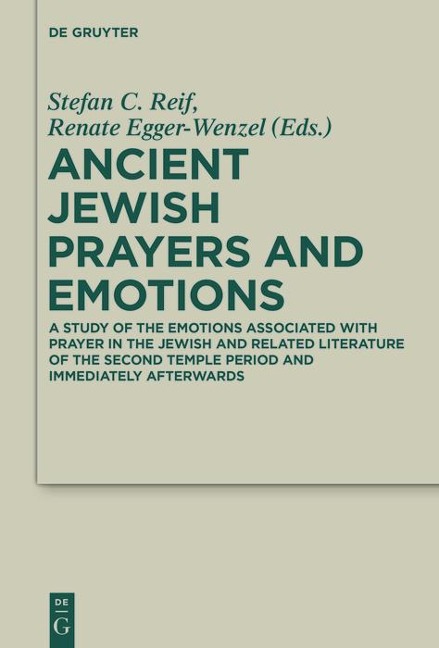 Given the recent interest in the emotions presupposed in early religious literature, it has been thought useful to examine in this volume how the Jews and early Christians expressed their feelings within the prayers recorded in some of their literature. Specialists in their fields from academic institutions around the world have analysed important texts relating to this overall theme and to what is revealed with regard to such diverse topics as relations with God, exegesis, education, prophecy, linguistic expression, feminism, happiness, grief, cult, suicide, non-Jews, Hellenism, Qumran and Jerusalem. The texts discussed are in Greek, Hebrew and Aramaic and are important for a scientific understanding of how Rabbinic Judaism and Early Christianity developed their approaches to worship, to the construction of their theology and to the feelings that lay behind their religious ideas and practices. The articles contribute significantly to an historical understanding of how Jews maintained their earlier traditions but also came to terms with the ideology of the dominant Hellenistic culture that surrounded them.