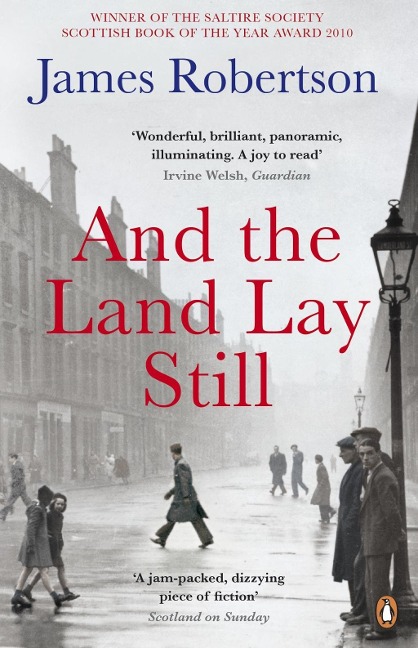 And the Land Lay Still is nothing less than the story of a nation. James Robertson's breathtaking novel is a portrait of modern Scotland as seen through the eyes of natives and immigrants, journalists and politicians, drop-outs and spooks, all trying to make their way through a country in the throes of great and rapid change. It is a moving, sweeping story of family, friendship, struggle and hope - epic in every sense.

The winner of the Saltire Society Scottish Book of the Year Award 2010, And the Land Lay Still is a masterful insight into Scotland's history in the twentieth century and a moving, beautifully written novel of intertwined stories.

'Toweringly ambitious, virtually flawlessly realized, a masterpiece and, without a doubt, my book of the year' Daily Mail

'A jam-packed, dizzying piece of fiction' Scotland on Sunday

'Powerful and moving. A brilliant and multifaceted saga of Scottish life in the second half of the twentieth century' Sunday Times

'Bold, discursive and deep, Robertson's sweeping history of life and politics in 20th-century Scotland should not be ignored' Ian Rankin, Observer Books of the Year