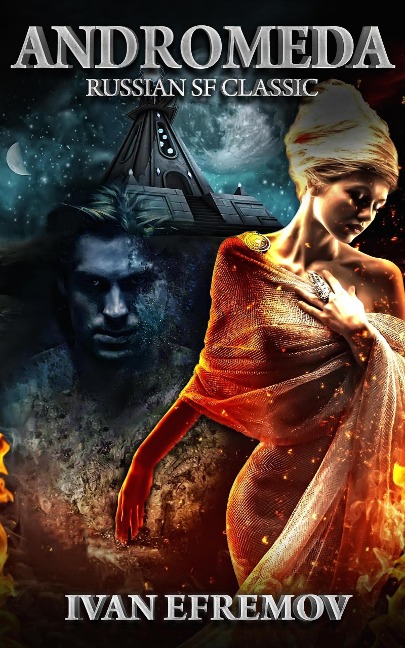 Andromeda is a science fiction novel by the Soviet writer and paleontologist Ivan Efremov, written and published in 1957. The novel was made into a film in 1967.

Efremov was an icebreaker of a man. He has broken the seemingly unbreakable ice of the "short aim theory". He has shown how one can and should write modern SF, and thus has ushered a new era of Soviet SF. Of course, those times were already different, the Stalin Ice Age was nearing its end, and I think that even without Andromeda, Soviet SF would soon start a new course. But the publication of Andromeda has become a symbol of the new era, its banner, in some sense. Without it, the new growth would have been an order of magnitude more difficult, and a thaw in our SF wouldn't have come until later.