Anne Frank's Family: The Extraordinary Story of Where She Came From, Based on... – Mirjam Pressler | buch7 – Der soziale Buchhandel
Bitte warten ... 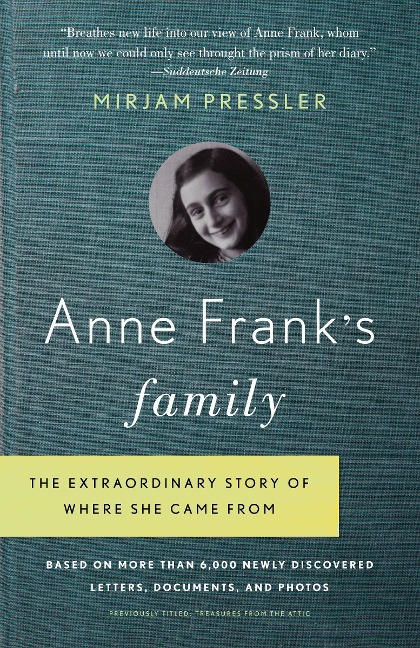 Anne Frank's Family: The Extraordinary Story of Where She Came From, Based on More Than 6,000 Newly Discovered Letters, Documents, and Phot

This fascinating history of Anne Frank and the family that shaped her is based on a treasure trove of thousands of letters, poems, drawings, postcards, and photos recently discovered by her last surviving close relative, Buddy Elias, and his wife, Gerti.

As children, Anne and her cousin Buddy were very close; he affectionately dubbed her "the Rascal" and they visited and corresponded frequently. Years later, Buddy inherited their grandmother's papers, stored unseen in an attic for decades. These invaluable new materials bring a lost world to life and tell a moving saga of a far-flung but close-knit family divided by unimaginable tragedy. We see Anne's father surviving the Holocaust and searching for his daughters, finally receiving a wrenching account of their last months. We see the relatives in Switzerland waiting anxiously for news during the war and share their experiences of reunion and grief afterwards-and their astonishment as Anne's diary becomes a worldwide phenomenon. Anne Frank's Family is the story of a remarkable Jewish family that will move readers everywhere.

MIRJAM PRESSLER is one of Germany's most beloved authors. She was the German translator of Anne Frank's diary.