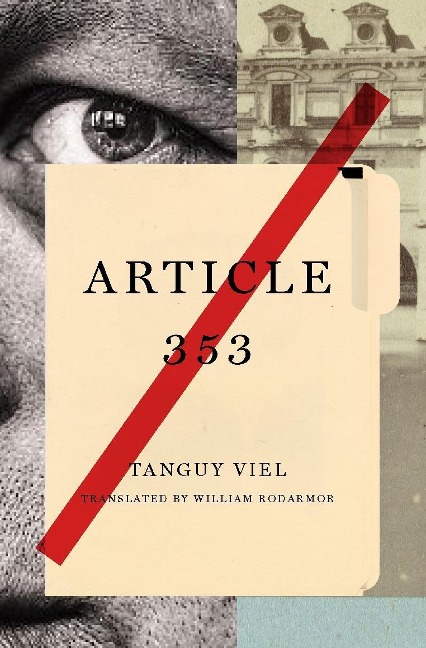 This atmospheric noir novel retraces the steps that led to a murder off the coast of Brittany, probing the relationship between law and justice.

In a depressed town on France's northern coast, a man named Martial Kermeur has been arrested for the murder of real estate developer Antoine Lazenec after throwing him overboard. Called before a judge, Kermeur goes back to the beginning to explain what brought him to this desperate point: his divorce, his son's acting out, layoffs at his job, and, above all, Lazenec's dazzling project for a seaside resort. The temptation to invest all of your severance pay in a beautiful apartment with a view of the sea is great. But still, it has to be built.

In this subtle, enthralling novel, Tanguy Viel examines not only the psychology of a crime, but also the larger social ills that may offer its justification.

Tanguy Viel was born in Brest in 1973. He is the author of several novels, including Le Black Note, Cinéma, The Absolute Perfection of Crime (winner of the Prix Fénéon and the Prix littéraire de la vocation), Beyond Suspicion, Paris-Brest, La Disparition de Jim Sullivan, and, most recently, Article 353 of the Penal Code (winner of the Grand prix RTL-Lire and the Prix François Mauriac). He lives near Orléans, France.

William Rodarmor is a former journalist who has translated some forty-five books and screenplays in genres from literary fiction to espionage and fantasy. In 1996, he won the Lewis Galantière Award from the American Translators Association for Tamata and the Alliance, by Bernard Moitessier. In 2017 he won the Northern California Book Award for fiction translation for The Slow Waltz of Turtles, by Katherine Pancol. He lives in Berkeley, California.