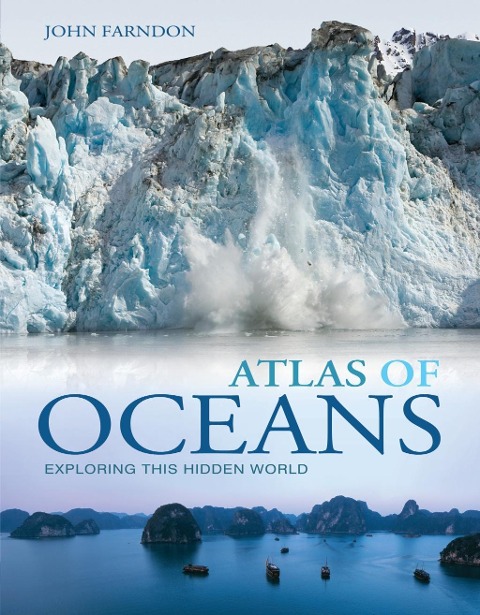 Seventy per cent of our planet's surface is covered with water, but most conventional atlases focus on the other thirty per cent. This fascinating and beautifully presented survey of the world's oceans and what lives within them is published in association with the Census on Marine Life, a decade-long scientific initiative between researchers from over 80 countries to assessing and explaining the rich diversity and abundance of undersea life.

Every aspect of the oceans is explored, from the seabed, continental shelves, currents, water circulation and waves, to all the wildlife that calls these places home. Each ocean (the Atlantic, Pacific, Indian, Southern, Arctic, the Seas of Europe, the Eurasian Inland Seas and the South China Sea) is examined in great detail, revealing its characteristics, underwater topography, principal species and particular features, including the effects of habitat erosion.

John Farndon studied Earth Sciences at Cambridge and has written many books about science and nature, including the Reader's Digest Wildlife Atlas. He was a major contributor to Dorling Kindersley's Earth & Science, as well as the Nobel Prize website.