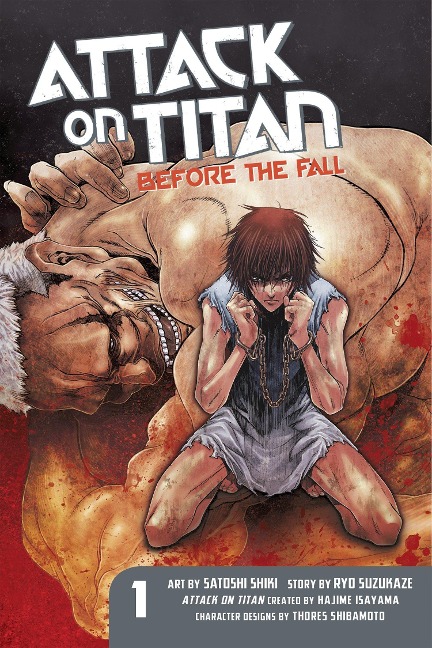 Attack on Titan: Before the Fall 01

The Diamond Gem Award-winning prequel to Attack on Titan!

"The dark and oppressive atmosphere sets it apart from the original series... absolutely nightmarish and terrifying." -Comic Book Resources

A prequel series to the number one bestseller in Japan. Humanity has learned to live in complacency behind its high walls, protected from the giant Titans. But when a Titan-worshipping cult opens one of the gates, a Titan wreaks havoc, consuming the cultists. After the rampage is over, two young Survey Corps members are shocked to discover a pregnant woman's partially digested corpse - with her baby still alive inside it! What will the fate of this "child of the Titans" be? And how will humanity learn to cope with the Titan threat?