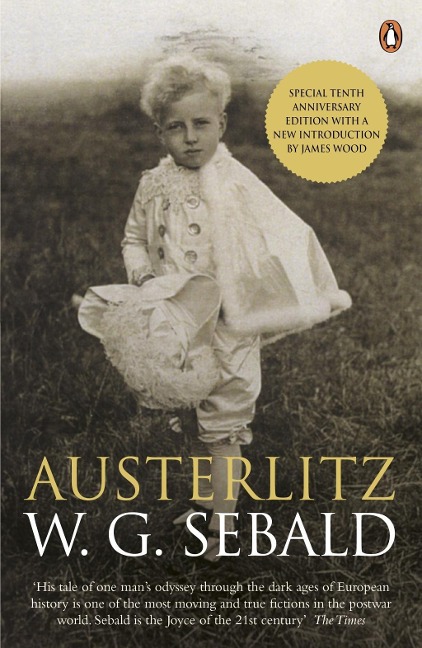 In 1939, five-year-old Jacques Austerlitz is sent to England on a Kindertransport and placed with foster parents. This childless couple promptly erase from the boy all knowledge of his identity and he grows up ignorant of his past. Later in life, after a career as an architectural historian, Austerlitz - having avoided all clues that might point to his origin - finds the past returning to haunt him and he is forced to explore what happened fifty years before. Austerlitz is W.G. Sebald's melancholic masterpiece.

'Mesmeric, haunting and heartbreakingly tragic. Simply no other writer is writing or thinking on the same level as Sebald' Eileen Battersby, Irish Times

'A fusion of the mystical and the solid ... His art is a form of justice - there can be, I think, no higher aim' Evening Standard

'Spellbindingly accomplished; a work of art' The Times Literary Supplement

'A great book by a great writer' Boyd Tonkin, Independent

W . G. Sebald was born in Wertach im Allgäu, Germany, in 1944 and died in December 2001. He studied German language and literature in Freiburg, Switzerland and Manchester. In 1996 he took up a position as an assistant lecturer at the University of Manchester and settled permanently in England in 1970. He was Professor of European Literature at the University of East Anglia and is the author of The Emigrants, The Rings of Saturn, Vertigo, Austerlitz, After Nature, On the Natural History of Destruction, Campo Santo, Unrecounted, A Place in the Country. His selected poetry is published in a volume called Across the Land and the Water.