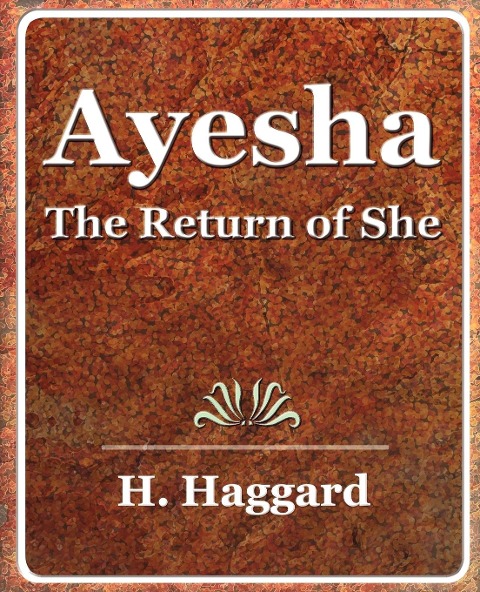 Here ends this history so far as it concerns science and the outside world. What its end will be as regards Leo and myself is more than I can guess. But we feel that it is not reached. . . , Often I sit alone at night, staring with the eyes of my mind into the blackness of unborn time, and wondering in what shape and form the great drama will be finally developed, and where the scene of its next act will be laid. And when, ultimately, that final development occurs, as I have no doubt it must and will occur, in obedience to a fate that never swerves and a purpose which cannot be altered, what will be the part played therein by that beautiful Egyptian Amenartas, the Princess of the royal house of the Pharaohs, for the love of whom the priest Kallikrates broke his vows to Isis, and, pursued by the vengeance of the outraged goddess, fled down the coast of Lybia to meet his doom at Kor?"-She, Silver Library Edition, p. 277.