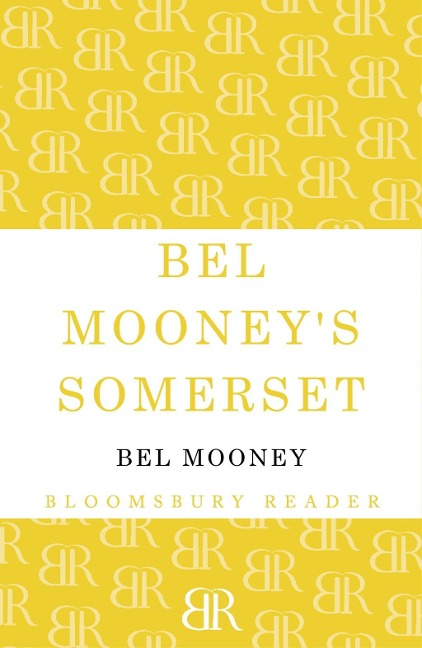 First published in 1989, in Bel Mooney's Somerset she sets the tone of this delightfully personal account of her 'adopted county'. Brought up in Liverpool, she writes of Somerset with the rapture of the late convert, travelling through its towns and villages in all seasons, observing sights as various as the Minehead Raft Race or rare beakhead moulding at All Saints, Lullington; the mysterious Glastonbury Tor and the magnificence of Wells Cathedral.

She begins with Exmoor, with Lorna Doone, prize sheep at the county show, St. Bueno, the smallest parish church in England, moving on to the Quantock Hills, dotted with Bronze Age barrows and cairns. She describes the vale of Taunton Deane with it's rich red soil, and Cadbury Hill and the Somerset lore of King Arthur. We learn of the flat sodden world of the Wetlands, the dramatic beauty of the Mendips - wild, windblown trees and the 'gruffy ground' of abandoned mines. We can envisage the mud of Stert Flats, visit Burnham-on-Sea and Weston-super-Mare - a little melancholy out of season - and the accommodating, quiet, green fields and watery sky of the Eastern edge of the county. Somerset writers such as Parson Woodeforde, Coleridge and T.S.Eliot are introduced; so are characters from history - Judge Jeffries and the doomed Duke of Monmouth.

The book is designed to be read as a narrative, and covers the whole of the old county of Somerset, dismissing the boundry changes of 1974, and including, therefore, the elegant spa town of Bath.
Bel Mooney's enticing observations, her thoughts, idiosyncracies and passions, will be shared and enjoyed by anyone who plans even to pass through one of Britain's most beautiful counties.

Bel Mooney (born 1946) is an English journalist and broadcaster born in Liverpool, and spent her earliest years in Liverpool on a council estate.

Mooney became a journalist in 1969 then went on to write for the New Statesman, the Daily Telegraph Magazine, Cosmopolitan and many others. She was a columnist on the Daily Mirror, The Times and The Sunday Times.

She has honorary degrees from the University of Bath and Liverpool John Moores University, and is a Fellow of University College London. 'Devout Sceptics' (BBC Radio 4) won a Sandford St Martin Trust award for religious broadcasting, and the children's novel The Voices of Silence won a New York Public Library citation and was shortlisted for a Gold Medal in the State of California. She has won special awards for journalism from charities including CRUSE. Mooney is also Patron of Teenage Cancer Trust (South West) and National Family Mediation.

Having made her name as a journalist, columnist, and broadcaster, she turned her hand to writing fiction for adults and children. In all, she published 26 books for children and young people. Her fiction (adults and children) has been translated into eleven languages. Mooney has reviewed fiction and non-fiction for many newspapers including the Spectator, the Observer, The Times and the Times Literary Supplement. She has been a judge for the Whitbread (now Costa) Book of the Year and The Orange Prize.