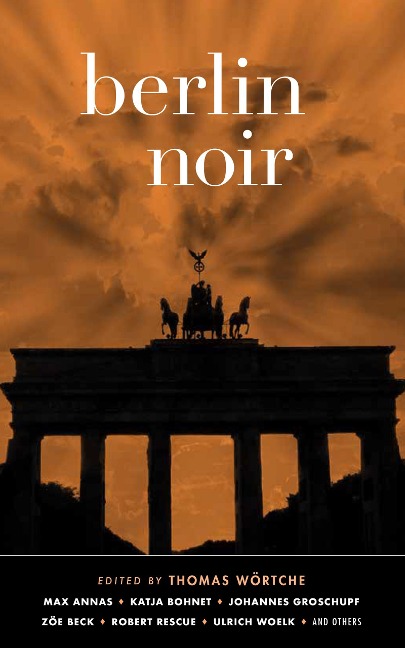 "A city with a rich noir past looks beyond its history to an equally unsettling present" in this anthology of original noir fiction set in Berlin (Kirkus Reviews).

From Christopher Isherwood to Philip Kerr, the long and rich tradition of noir fiction set in Berlin can make the genre a daunting challenge for contemporary German authors. But rather than retread the well-worn ground of interwar and Cold War history, the authors represented in Berlin Noir set their tales in the 21st century: a time of immigration, internet cafes, and AirBnB. Here you will find stories of moneyed libertines in upscale Grunewald, class tensions in the traditionally working-class district of Wedding, a marauding killer in Schöneberg, and more unrest in the German Capital.

Thomas Wörtche, born in 1954, is a literary scholar, critic, and was director of several crime fiction publishing imprints. He is currently responsible for a crime line with Suhrkamp Verlag. He lives in Berlin.

Part I: Stress in the City
"Dora" by Zoë Beck (Bahnhof Zoo)
"I Spy with My Little Eye" by Ulrich Woelk (Moabit)
"The Beauty of Kenilworth Ivy" by Susanne Saygin (Schöneberg)
"Local Train" by Max Annas (Neukölln)

The Trouble with Happiness