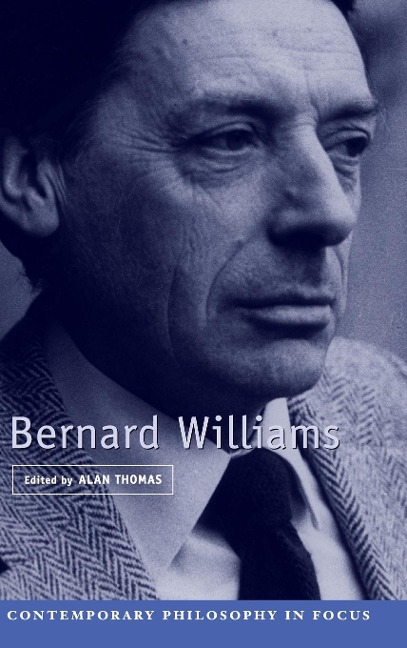 This volume provides a systematic overview and comprehensive assessment of Bernard Williams' contribution to moral philosophy, a field in which Williams was one of the most influential of contemporary philosophers. The seven essays, which were specially commissioned for this volume, examine his work on moral objectivity, the nature of practical reason, moral emotion, the critique of the 'morality system', Williams's assessment of the ethical thought of the ancient world, and his later adoption of Nietzsche's method of 'genealogy'. Collectively, the essays not only engage with Williams's work, but also develop independent philosophical arguments in connection with those topics that have, over the last thirty years, particularly reflected Williams's influence.

Introduction Alan Thomas; 1. Realism and the absolute conception A. W. Moore; 2. The non-objectivist critique of moral knowledge Alan Thomas; 3. Internal reasons and the scope of blame John Skorupski; 4. The critique of the morality system Robert B. Louden; 5. Shame, guilt and pathological guilt Michael Stocker; 6. Williams on Greek literature and philosophy A. A. Long; 7. Geneaologies and the state of nature Edward Craig.