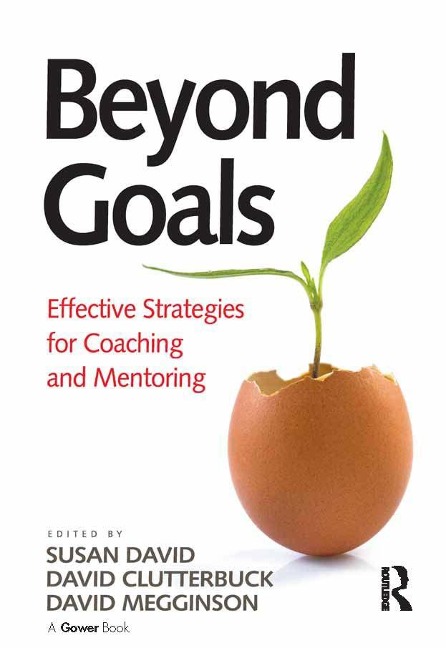 Effective Strategies for Coaching and Mentoring

What is there in developmental relationships beyond setting and striving to achieve goals?  The presence of goals in coaching and mentoring programs has gone largely unquestioned, yet evidence is growing that the standard prescription of SMART, challenging goals is not always appropriate - and even potentially dangerous - in the context of a complex and rapidly changing world.   Beyond Goals advances standard goal-setting theory by bringing together cutting-edge perspectives from leaders in coaching and mentoring. From psychology to neuroscience, from chaos theory to social network theory, the contributors offer diverse and compelling insights into both the advantages and limitations of goal pursuit. The result is a more nuanced understanding of goals, with the possibility for practitioners to bring greater impact and sophistication to their client engagements. The implications of this reassessment are substantial for all those practicing as coaches and mentors, or managing coaching or mentoring initiatives in organizations.

Dr Susan David, a leading expert on coaching, is a founder and co-director of the Institute of Coaching at McLean Hospital of Harvard Medical School, on the Harvard Faculty, and CEO of Evidence Based Psychology, a leadership development and management consultancy that advises global organizations. She frequently contributes to the online Harvard Business Review and is principal editor of the Oxford Handbook of Happiness.  Professor David Clutterbuck is Visiting Professor at Oxford Brookes and Sheffield Hallam Universities and heads the UK Research Committee of the European Mentoring and Coaching Council. Clutterbuck has been listed amongst the most influential thinkers in Human Resources and top business coaches in the UK.   David Megginson is Emeritus Professor at Sheffield Hallam University and founder of its Coaching and Mentoring Research Group. Megginson was Professor of Human Resource Development at the University. He has been co-chair of the European Mentoring and Coaching Council.