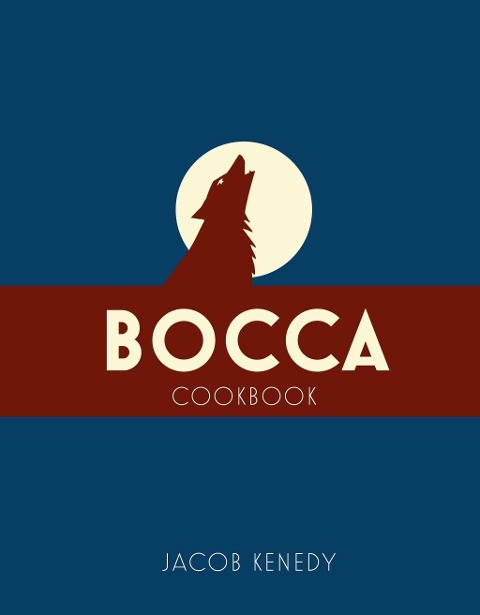 Italy is a land of appetite, where life is embraced with passion, and food prepared with generosity and joy. But the cuisine is hard to define, as each region has its own rich culinary traditions - and so deep is the belief of locals that their food is the best, that often Italy's finest dishes are unknown from one place to the next.

Jacob Kenedy, a self-avowed culinary magpie, travelled the length and breadth of the country over the course of a year, gathering up his favourite recipes - many of them obscure, some bizarre, all utterly delicious. Like the menu at Bocca di Lupo, Jacob's award-winning London restaurant, this book is a thrilling, exotic journey through the true flavours of Italy: the hearty risotti of the north, the exquisite shellfish of the Veneto, the earthy sausages of Bologna, the fried street food of Rome, the baroque desserts of Naples and the Arab-influenced sweets of Sicily.

The recipes in Bocca are a revelation, a portal to a side of Italy that is gritty, glamorous, seedy and mysterious. Be warned, this is a cookbook with teeth.

Jacob Kenedy was born in London in 1980 and continues to live there today. When he graduated from St John's, Cambridge, he was already a chef at Moro in London, and he continued to flit between the kitchens there and those at Boulevard in San Francisco, until taking a year out to travel round Italy. There he ate a great deal, and learned to make gelato at Gelatauro.

He opened Bocca di Lupo in a hidden backstreet in Soho's underbelly in 2008, and it has since been twice named London's best restaurant. You can find him at the stove there most days of the week. In 2010 he opened Gelupo, a gelateria and delicatessen in the same street, and in the same year co-authored The Geometry of Pasta. Jacob believes that to love eating is to love life, and that to love cooking is to love giving pleasure to other people. He loves both in equal measure, and hopes you do too.