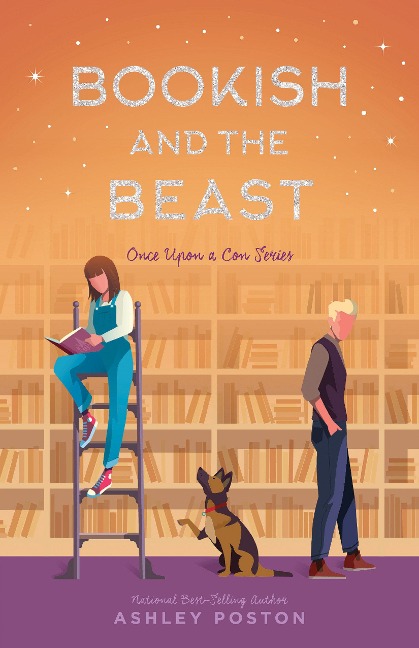 Bookish and the Beast

A tale as old as time is made new in Ashley Poston's fresh, geeky retelling of Beauty and the Beast.

Rosie Thorne is feeling stuck-on her college application essays, in her small town, and on that mysterious General Sond cosplayer she met at ExcelsiCon. Most of all, she's stuck in her grief over her mother's death. Her only solace was her late mother's library of rare Starfield novels, but even that disappeared when they sold it to pay off hospital bills.

On the other hand, Vance Reigns has been Hollywood royalty for as long as he can remember-with all the privilege and scrutiny that entails. When a tabloid scandal catches up to him, he's forced to hide out somewhere the paparazzi would never expect to find him: Small Town USA. At least there's a library in the house. Too bad he doesn't read.

When Rosie and Vance's paths collide and a rare book is accidentally destroyed, Rosie finds herself working to repay the debt. And while most Starfield superfans would jump at the chance to work in close proximity to the Vance Reigns, Rosie has discovered something about Vance: he's a jerk, and she can't stand him. The feeling is mutual.

But as Vance and Rosie begrudgingly get to know each other, their careful masks come off-and they may just find that there's more risk in shutting each other out than in opening their hearts.

Ashley Poston loves dread pirates, moving castles, and starry night skies. When not geeking out at comic-cons, she lives in South Carolina with her cat named Pepper. She is the author of The Dead Romantics, the Heart of Iron duology, and the Once Upon a Con series. She can be found online at ashposton.com.