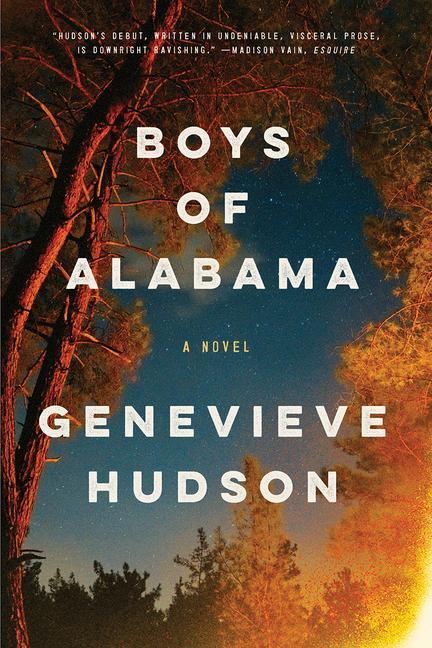 "Daring, unusual . . . and startlingly fresh" (Don Noble, Alabama Public Radio), Boys of Alabama announced Genevieve Hudson's place in the canon of the southern gothic alongside Donna Tartt and Harper Lee. Newly arrived in Alabama, Max falls in love, questions his faith, and navigates a strange power. Although his German parents don't know what to make of a South pining for the past, shy Max thrives after being taken in by the football team. But when he meets fishnet-wearing Pan in physics class, they embark on a quixotic, consuming relationship. Writing in "prose that is always imaginative and sensual" (Sarah Neilson, Believer), Hudson offers a complex portrait of masculinity, religion, immigration, and the adolescent pressures that require total conformity.

Originally from Alabama, Genevieve Hudson has received fellowships from the Fulbright Program, MacDowell, Caldera Arts, and Vermont Studio Center. She was a Lambda Literary Award Finalist for Pretend We Live Here: Stories and lives in Portland, Oregon.