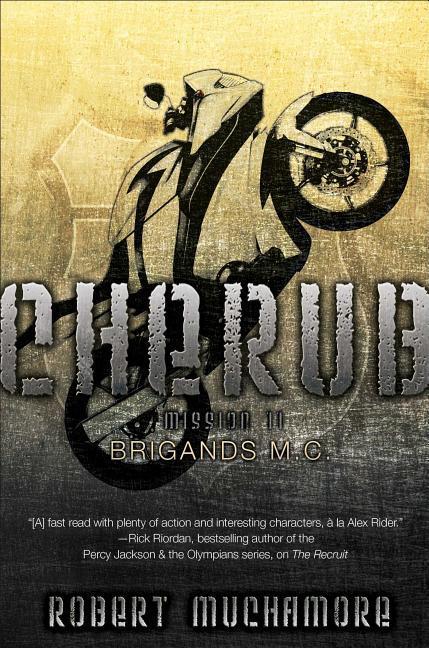 A new member of CHERUB gets the chance to avenge the death of his family in the eleventh book of the CHERUB series, which Rick Riordan says has "plenty of action.”

CHERUB agents are highly trained, extremely talented—and all under the age of seventeen. For official purposes, these agents do not exist. They are sent out on missions to spy on terrorists, hack into crucial documents, and gather intel on global threats—all without gadgets or weapons. It is an extremely dangerous job, but these agents have one crucial advantage: Adults never suspect that teens are spying on them.

Dante Scott still has nightmares about the death of his family, brutally murdered by a biker gang. Then he is given the chance to become a member of CHERUB, and when he joins James and Lauren on a mission to infiltrate Brigands Motorcycle Club, he's ready to use everything he's learned to exact revenge on the people who killed his family.

Robert Muchamore was born in London in 1972 and used to work as a private investigator. CHERUB is his first series and is published in more than twenty countries. For more on the series, check out CherubCampus.com/USA.