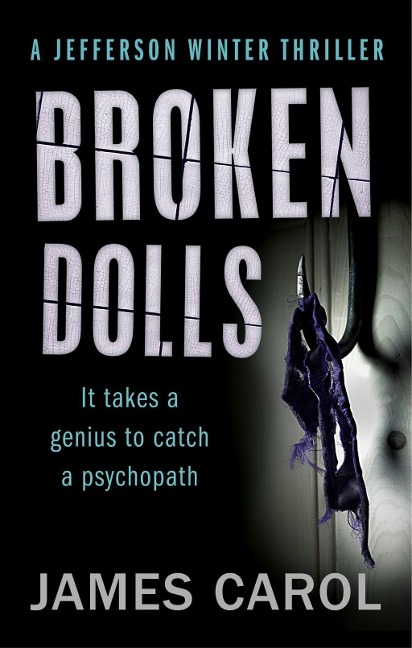 The first in James Carol's thrilling Jefferson Winter series, Broken Dolls offers rapid-fire suspense and a chilling look into the mind of a criminal - and into the mind of the one man who might be able to catch him.

Ex-FBI star profiler Jefferson Winter is no ordinary investigator. An eccentric genius and self-described geek with a passion for Mozart, he is haunted by the legacy of his notorious serial killer father...and not likely to admit this may be why he has such a phenomenal insight into the psychology that drives the criminals he hunts.

The former G-man is now a sought after freelance consultant, jetting around the globe helping local law enforcement agencies with their toughest cases. When Detective Investigator Mark Hatcher calls from Scotland Yard about a particularly disturbing case, Winter leaves his native California for the chilly streets of London to help track down a sadistic serial kidnapper.

When another young woman goes missing, Winter has to race against the clock to identify the attacker and find the latest victim before it's too late.

Jefferson Winter returns in Presumed Guilty (July 2014), the first in a series of ebook novellas chronicling Winter's FBI days, and Watch Me (August 2014), the second full-length novel in the Winter series.

Also in the works: Television rights for Broken Dolls have been optioned by Sprout Pictures, the production company behind the Emmy award winning SKY comedy Moone Boy. The company is planning to adapt the novel into a major TV series, provisionally titled WINTER.