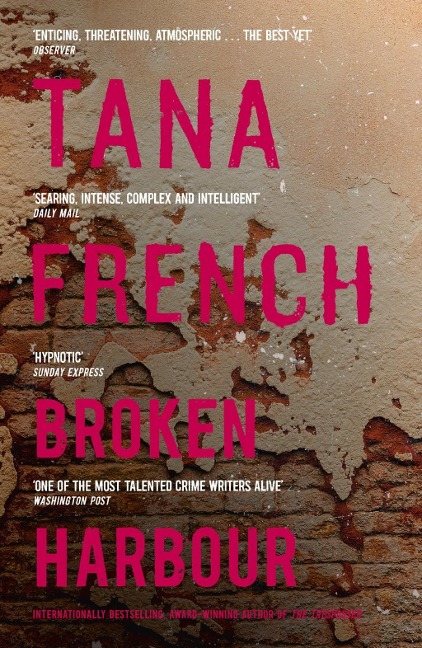 Dublin Murder Squad: 4. Winner of the LA Times Book Prize for Best Mystery/Thriller and the Irish Book Award for Crime Fiction Book of the Year

In Broken Harbour, a ghost estate outside Dublin - half-built, half-inhabited, half-abandoned - two children and their father are dead. The mother is on her way to intensive care. Scorcher Kennedy is given the case because he is the Murder squad's star detective. At first he and his rookie partner, Richie, think this is a simple one: Pat Spain was a casualty of the recession, so he killed his children, tried to kill his wife Jenny, and finished off with himself. But there are too many inexplicable details and the evidence is pointing in two directions at once.

Scorcher's personal life is tugging for his attention. Seeing the case on the news has sent his sister Dina off the rails again, and she's resurrecting something that Scorcher thought he had tightly under control: what happened to their family, one summer at Broken Harbour, back when they were children. The neat compartments of his life are breaking down, and the sudden tangle of work and family is putting both at risk . . .

A Murder is Announced (Miss Marple)