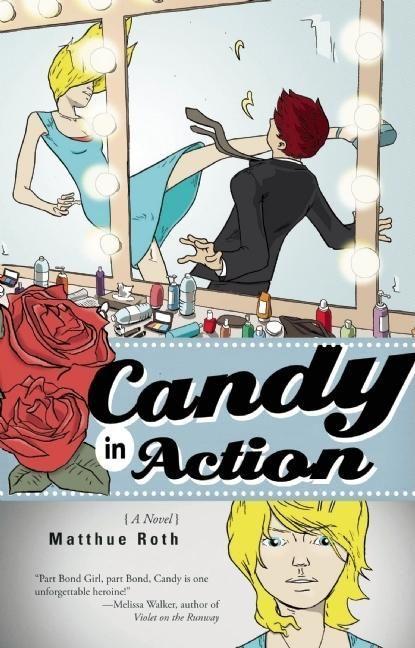 Candy always had a million guys after her. Only before, they never used GPS tracking and surveillance helicopters. Candy Resnick and her best friend Velma jaunt around the world, flirt with rock stars and power brokers, and party it up in countries that don't even know the meaning of the word.
But all that changes one night, when Candy turns down the rich and powerful Preston Reign's invitation to dinner. Suddenly, she finds herself being drawn into his web, stalked by a maniac. Out of control for the first time in her life, Candy is on the run--dodging bullets, blowing up buildings, being chased through exotic cities, and fighting back with the only weapons she has: Velma, her natural wit, and her stiletto heels.
"Candy in Action" is about the lonely side of being popular and the dark side of being the hottest girl in class. It's action, it's glamour, and it's that best-friends-forever feeling where you're on top of the world and anything could happen.

Matthue Roth is the author of the Jewish punk-rock road-trip novel Never Mind the Goldbergs, the memoir Yom Kippur a Go-Go, and the picture book My First Kafka. By day, he's a creative writer at Google, and helped create the Google Assistant. He was also a writer at Sesame Street, and he co-created the animated series BimBam and the creative community Hevria.com. Matthue lives with his family in Brooklyn. He keeps a secret online diary at matthue.com.