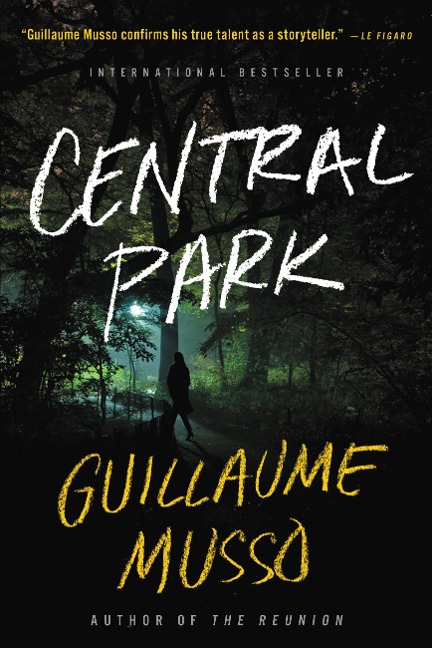 In this action-packed thriller from a #1 bestselling author, a woman wakes up on a Central Park bench handcuffed to a stranger and with no memory of how she got there-and she has one day to put the pieces back together

Alice, a fierce and respected Parisian cop, wakes up on a Central Park bench with no memory of the night before, handcuffed to a complete stranger-a musician named Gabriel. Disoriented, dazed, and with someone else's blood on her shirt, Alice works furiously to reconnect the dots. The night before, she remembers clubbing with her friends on the Champs-Élysées. Gabriel claims he was playing a gig in Dublin. Was she drugged? Kidnapped? Why is the gun in her jacket pocket missing a bullet? And whose blood is on her clothes?

With no resources or support, Alice and Gabriel race across New York City in search of answers, stumbling upon a startling set of clues that point to a terrible adversary from the past. Now, Alice must confront her memories of hunting the serial killer who took everything from her-a man she thought was finally dead, until now.

From France's #1 bestselling author, Central Park is a taut and suspenseful thriller that will keep readers riveted until its final shocking twist.

Guillaume Musso is the #1 bestselling author in France. He has written seventeen novels, including the thrillers The Reunion and Afterwards..., which was made into a feature film starring John Malkovich and Evangeline Lilly. His books have sold more than thirty-two million copies worldwide and have been translated into forty languages. He lives in Paris.

The City We Became