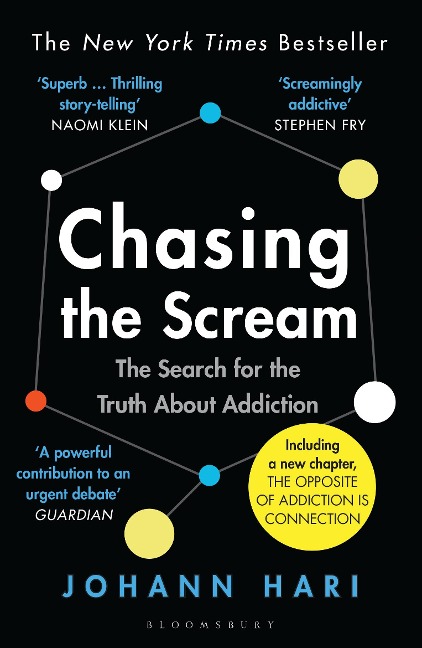 The Search for the Truth About Addiction

THE NEW YORK TIMES BESTSELLER
THE INSPIRATION FOR THE FEATURE FILM THE UNITED STATES VS. BILLIE HOLIDAY

What if everything we've been told about addiction is wrong? One of Johann Hari's earliest memories is of trying to wake up one of his relatives and not being able to. As he grew older, he realised there was addiction in his family. Confused, he set out on a three-year, thirty-thousand mile journey to discover what really causes addiction - and how to solve it.

Told through a series of gripping human stories, this book was the basis of a TED talk and animation that have been viewed more than twenty million times. It has transformed the global debate about addiction.

JOHANN HARI is an internationally bestselling author. His first book, Chasing the Scream, was a New York Times bestseller and is being adapted into a Hollywood feature film. His second book, Lost Connections, was a Sunday Times and New York Times bestseller. He has written for the New York Times, the Los Angeles Times, Le Monde and others, and he was twice named Newspaper Journalist of the Year by Amnesty International. His TED Talk, 'Everything You Think You Know About Addiction Is Wrong', and the animation based on it, have had more than twenty million views. His books have been translated into eighteen languages.
thelostconnections.com / chasingthescream.com / @johannhari101

The Music of Time

Add More Ing to Your Life