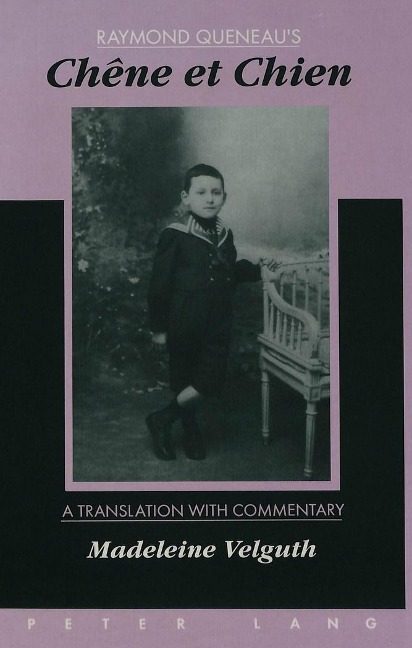 A Translation with Commentary by Madeleine Velguth

The French writer Raymond Queneau (1903-1976) is coming to be recognized as one of the major voices in 20th-century literature. Although twelve of his novels have been translated, Chêne et Chien, considered by specialists to be the keystone of his oeuvre, has not until now been available in English. Labeled a «novel in verse» by Queneau, this autobiographical poem recounts the poet's childhood, portions of that childhood revisited through psychoanalysis, and finally his joy at finding himself whole. The translator's introduction situates the work in Queneau's life and oeuvre, addresses the problem of poetry as autobiography, examines the structure of the poem itself and discusses the difficulties of translating Queneu's many moods and rich wordplay into English verse. Explanatory notes complete the volume.

The Translator: Madeleine Velguth is an assistant professor of French at the University of Wisconsin-Milwaukee. She received her Ph.D. in French from the University of Wisconsin-Madison. In addition to her monograph, The Representation of Women in the Autobiographical Novels of Raymond Queneau (Peter Lang, 1990), she has published articles on Queneau, Drieu la Rochelle, Derrida, Sarraute and Stendhal.