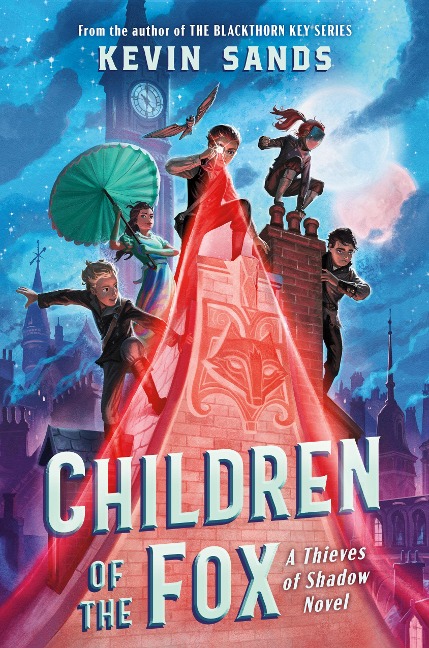 Children of the Fox

In this thrilling Ocean's Eleven-like heist story for young readers, five kids with unusual talents are brought together to commit an impossible crime. Failure is unacceptable…but success could be deadly.

From the bestselling author of the Blackthorn Key series, this magic-infused fantasy brings together a ragtag group of kids to pull off a crime so difficult, countless adults have already tried and failed. Lured by the promise of more money than they've ever dreamed of, five young criminals are hired to steal a heavily guarded treasure from the most powerful sorcerer in the city. There's Callan the con artist, Meriel the expert at acrobatics (and knives!), Gareth the researcher, Lachlan who can obtain anything, and Foxtail, whose mysterious eyeless mask doesn't hinder her ability to climb walls like a spider. Though their shadowy backgrounds mean that they've never trusted anyone but themselves, the five must learn to rely on each other in order to get the job done.

But as Callan has been warned most of his life, it's best to stay away from magic. It can turn on you at any moment, and make you think you're the one running the con game, when in reality you're the one being fooled. Faced with these unsurmountable odds, can the friends pull off this legendary heist, or has their luck finally run out?

Since escaping from university with a pair of degrees in theoretical physics, Kevin Sands has worked as a researcher, a business consultant, a teacher, and a professional poker player. He lives in Ontario, Canada. He is the author of the bestselling Blackthorn Key series.

ALLES WAS ICH DIR GEBEN WILL