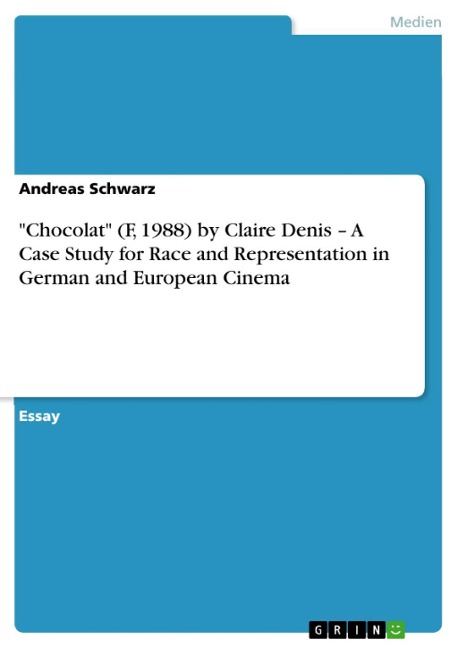 "Chocolat" (F, 1988) by Claire Denis - A Case Study for Race and Representation in German and European Cinema

Essay aus dem Jahr 2006 im Fachbereich Medien / Kommunikation - Film und Fernsehen, , Sprache: Deutsch, Abstract: Chocolat's main plot unfolds around the memories of the French girl France in 1950s pre-independence Cameroon. The story appears in a flashback and is framed by a contemporary story of the adult France coming back to her roots. By challenging stereotypical Hollywood cinematography filmmaker Claire Denis also challenges the way colonialism is commonly explained. Denis does not take sides in her negotiation of race and gender relations in colonial times but rather observes these relations in her film through the eyes of the little girl France and the black servant Protée.  This essay will examine some of the major issues, aspects and motifs treated and discussed in the film and their complementary cinematographic implementation. I will give special attention to issues of gazes, music/audio and metaphoric narration.