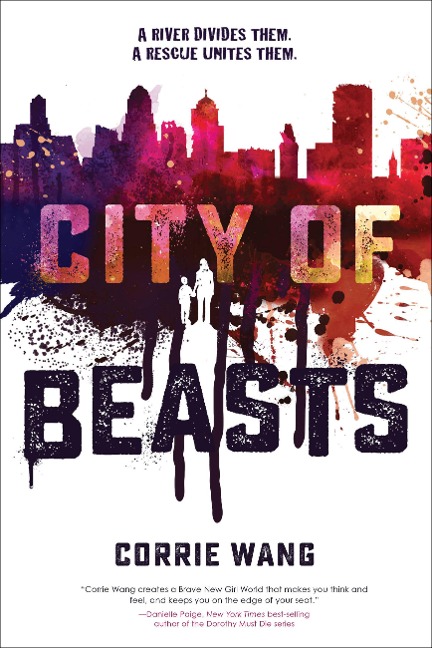 A teenage girl living in a post-nuclear town embarks on a quest to save her brother from the other side of a dividd world in this dystopian adventure novel for fans of Meg Rosoff's How I Live Now.
For seventeen years, fees have lived separate from beasts. The division of the sexes has kept their world peaceful. Glori Rhodes is like most other fees her age. She adores her neighborhood's abandoned Costco, can bench her body weight, and she knew twenty-seven beast counterattack moves by the time she was seven. She has never questioned the separation of the sexes or the rules that keep her post-nuclear hometown safe. But when her mother secretly gives birth to a baby beast, Glori grows to love the child and can't help wondering: What really is the difference between us and them?
When her brother, at the age of five, is snatched in a vicious raid, Glori and her best friend, Su, do the unthinkable -- covertly infiltrate the City of Beasts to get him back. What's meant to be a smash-and-grab job quickly becomes the adventure of a lifetime as the fees team up with a fast-talking, T-shirt cannon-wielding beast named Sway, and Glori starts to see that there's more to males, and her own history, than she's been taught.
E-Book 09/2019

Corrie Wang owns and operates Jackrabbit Filly, a friendly neighborhood restaurant in Charleston, South Carolina. She is passionate about libraries, recycling, and eating all the food, everywhere. Her previous novel, The Takedown, received much love from the New York Public Library and YALSA. She and her husband, Shuai, live in a cozy yellow house with their pups, Moose and Olive. To find out very little about her, visit corriewang.com or follow her on Instagram @corrie_wang.