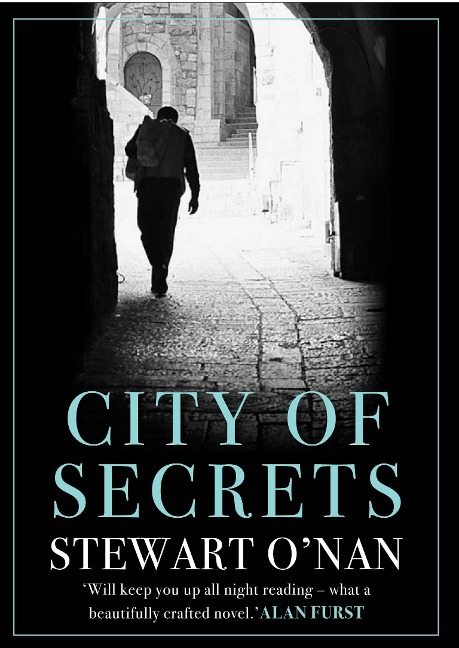 From master storyteller Stewart O'Nan, a timely moral thriller of the Jewish underground resistance in Jerusalem after the Second World War.

In 1945, with no homes to return to, Jewish refugees set out for Palestine in their tens of thousands.

City of Secrets follows one survivor, Brand, as he tries to regain himself after losing everyone he's ever loved. Now driving a taxi provided - like his new identity - by the underground, he navigates the twisting streets of Jerusalem as well as the overlapping, sometimes deadly loyalties of the resistance. Alone, haunted by memories, he tries to become again the man he was before the war - honest, strong, capable of moral choice.

He falls in love with Eva, a fellow survivor and member of his cell, reclaims his faith, and commits himself to the revolution, accepting secret missions that grow more and more dangerous even as he begins to suspect he's being used by their cell's dashing leader, Asher. By the time Brand understands the truth, it's too late, and the tragedy that ensues changes history.

A noirish, deeply felt novel of intrigue and identity written in O'Nan's trademark lucent style, City of Secrets asks how both despair and faith can lead us astray, and what happens when, with the noblest intentions, we join movements beyond our control.