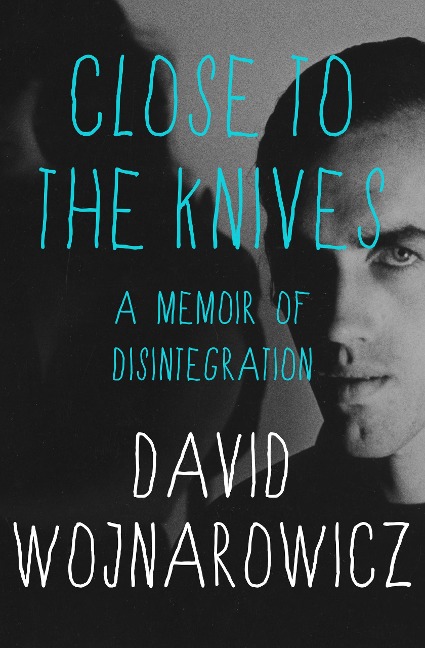 Close to the Knives

A Memoir of Disintegration

David Wojnarowicz's brief but eventful life was not easy. From a suburban adolescence marked by neglect, drugs, prostitution, and abuse to a squalid life on the streets of New York City, to fame-and infamy-as an activist and controversial visual artist whose work was lambasted in the halls of Congress, all before his early death from AIDS at age thirty-seven, Wojnarowicz seemed to be at war with a homophobic "establishment" and the world itself. Yet what emerged from the darkness was a truly extraordinary artist and human being-an angry young man of remarkable poetic sensibilities who was inordinately sympathetic to those who, like him, lived and struggled outside society's boundaries.

Close to the Knives is his searing yet strangely beautiful account told in a collection of powerful essays. An author whom reviewers have compared to Kerouac and Genet, David Wojnarowicz mesmerizes, horrifies, and delights in equal measure with his unabashed honesty. At once savage and funny, poignant and sexy, compassionate and unforgiving, his words and stories cut like knives, leaving indelible marks on all who read them.

David Wojnarowicz was born in Red Bank, New Jersey, in 1954, and first gained notice in New York's East Village art scene in the 1970s. He rose to fame for his exceptional range, intelligence, and passion, and by the 1980s had become one of the most provocative artists of his generation. In the years before his death in 1992 from AIDS-related complications, he worked tirelessly as an AIDS activist and anticensorship advocate.

In 1985, Wojnarowicz brought his fight for freedom of expression to the case of David Wojnarowicz v. American Family Association, in which Donald E. Wildmon claimed that Wojnarowicz's work was pornographic and undermined family values. Wojnarowicz won and was awarded a symbolic dollar. He was thrust back into the spotlight in 2010, at the center of a censorship battle over the National Portrait Gallery's exhibition Hide/Seek: Difference and Desire in American Portraiture. In 2012, Cynthia Carr published the critically acclaimed biography Fire in the Belly: The Life and Times of David Wojnarowicz.

The Rise of Magicks

Cooking from Your Pantry