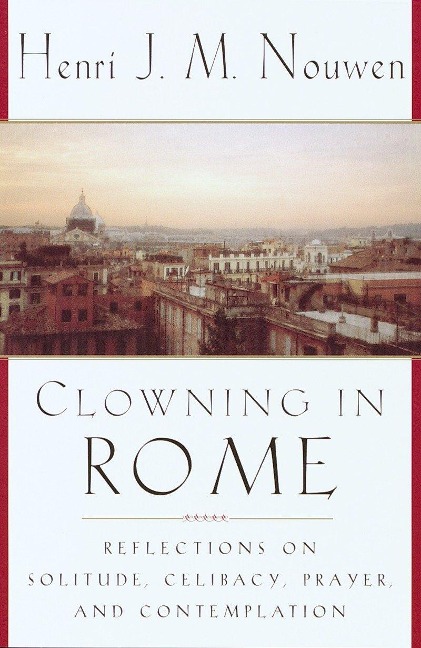 Clowning in Rome: Reflections on Solitude, Celibacy, Prayer, and Contemplation

A classic work by one of this century's most beloved spiritual writers now reissued.

The inspirational writings of Henri Nouwen have touched millions of readers all over the world, and since his death in September 1996, widespread recognition of their enduring value has continued to grow. Now, after being unavailable for several years, Nouwen's Clowning in Rome is available again as an Image trade paperback. In this classic account of the time he spent in Rome, Nouwen offers reflections and spiritual insight characteristic of his best works. During the months in Rome, it wasn't the red cardinals or the Red Brigade who had the most impact on Nouwen, but the little things that took place between the great scenes. In some ways, Nouwen discovered, the real and true story was told by the clowns he often saw in the city streets. In his own words, from the Introduction to Clowning in Rome: "The clowns are not the center of events. They appear between the great acts, fumble and fall and make us smile again after the tensions created by the heroes we came to admire. The clowns don't have it together--they are awkward, out of balance and left-handed, but--they are on our side. The clowns remind us with a tear and a smile that we are sharing the same human weakness. The longer I was in Rome, the more I enjoyed the clowns, those peripheral people who by their humble, saintly lives evoke a smile and awaken hope, even in a city terrorized by kidnapping and street violence."

Henri J. M. Nouwen was a Catholic priest who taught at several theological institutes and universities in his home country of the Netherlands and in the United States. He shared the final years of his life with people with mental and physical disabilities at the L'Arche Daybreak Community in Toronto, Canada. He died in 1996. He authored many books on the spiritual life, including Reaching Out, The Wounded Healer, and The Return of the Prodigal Son.