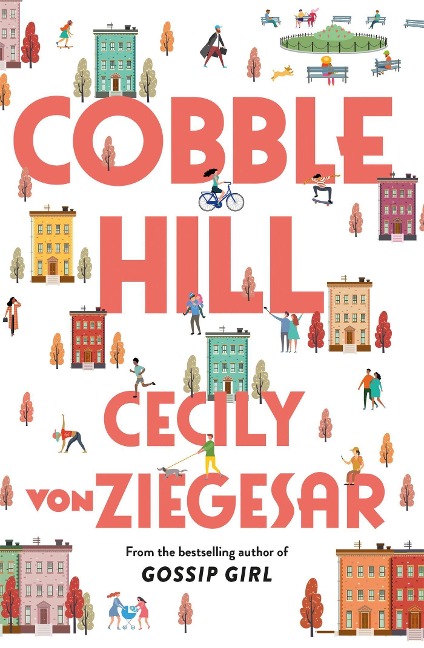 Mandy is so underwhelmed by motherhood that she's faking a debilitating disease to get the attention of her ex-boyband celebrity husband Stuart. There's the unconventional new school nurse, Peaches, who Stuart secretly has a crush on, and her disappointing husband Greg, who wears noise-cancelling headphones - everywhere.

A few streets away, Roy, a well-known British novelist, has lost his way with his next novel - and his marriage to Wendy, who knows exactly where she's going. Around the corner, Tupper struggles to salvage his career and to pin down his elusive artist wife Elizabeth. She remains...elusive.

Throw in two hormonal teenagers, a ten-year-old pyromaniac and a lot of hidden cameras, and Cobble Hill becomes an explosive mix of egos, desires and secrets.

Let the neighbours gossip... What's the worst that can happen?

Cecily von Ziegesar is the #1 New York Times bestselling author of the Gossip Girl novels, upon which the hit television show is based. She lives in Cobble Hill, Brooklyn with her family. Find her on Twitter and Instagram: @cesvonz.