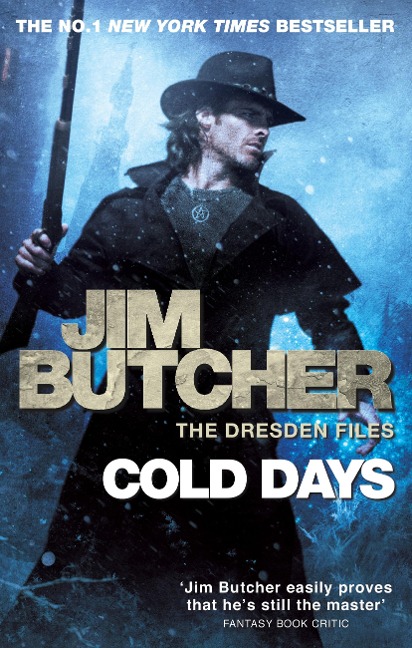 You can't keep a good wizard down - even when he wants to stay that way.

For years, Harry Dresden has been Chicago's only professional wizard, but a bargain made in desperation with the Queen of Air and Darkness has forced him into a new job: professional killer.
Mab, the mother of wicked faeries, has restored the mostly-dead wizard to health, and dispatches him upon his first mission - to bring death to an immortal. Even as he grapples with the impossible task, Dresden learns of a looming danger to Demonreach, the living island hidden upon Lake Michigan, a place whose true purpose and dark potential have the potential to destroy billions and to land Dresden in the deepest trouble he has ever known - even deeper than being dead. How messed up is that?

Beset by his new enemies and hounded by the old, Dresden has only twenty four hours to reconnect with his old allies, prevent a cataclysm and do the impossible - all while the power he bargained to get - but never meant to keep - lays siege to his very soul.

Magic. It can get a guy killed.

How to Blow It with a Billionaire

A Lady For a Duke