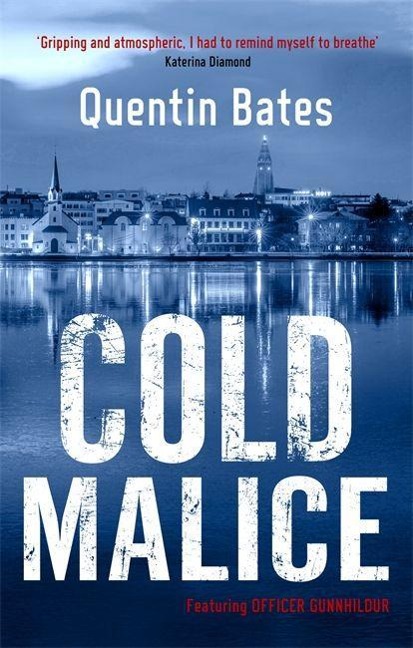 Reykjavík detective Gunnhildur Gísladóttir tries not to believe in ghosts. But when Helgi, one of her team is certain he's seen a man who had been declared dead more than fifteen years ago, she reluctantly gives him some unofficial leeway to look into it.

Has the not-so-dead man returned from the grave to settle old scores, or has he just decided to take a last look around his old haunts?

Either way, there are people who have nursed grudges for years, hoping for a reckoning one day. Even the rumour of his being alive and kicking is enough to spark a storm of fury and revenge, with Gunnhildur and Helgi caught up in the middle of it.

'A meticulously constructed thriller, peopled with exceptionally convincing characters and shot through with black humour . . . as chilling as an Icelandic winter' S. J. Bolton

Quentin Bates made his escape from suburbia at the end of the seventies as a gap year turned into a gap decade spent in the north of Iceland. He worked ashore and at sea before returning to England and, once finally ashore for good, drifted by accident into journalism.
Finally the lure of fiction became too strong to resist. Sergeant Gunnhildur and the series of novels she features in have their origins in a deep affection for Iceland and its people, and an intimate knowledge of Icelandic society and its language, customs and quirks.
Today he divides his time between the north of Iceland and the south of England, translating books from Icelandic in addition to working on his own fiction.