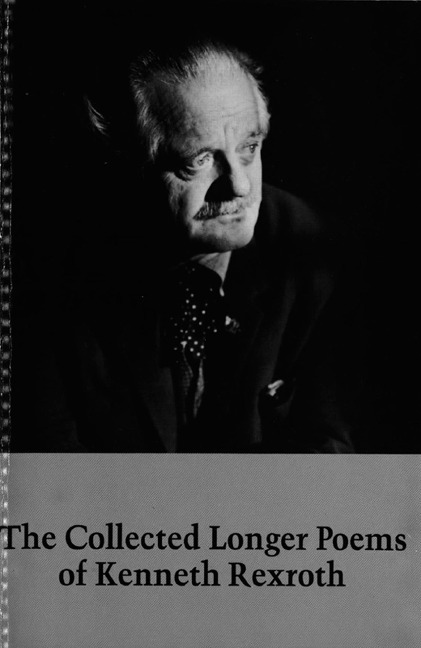 This is a companion volume to the Collected Shorter Poems of Kenneth Rexroth which was published in 1967.

This is a companion volume to the Collected Shorter Poems of Kenneth Rexroth which was published in 1967. All of the long poems written over the past forty years are included: The Homestead Called Damascus (1920-25), A Prolegomenon to a Theodicy (1925-27), The Phoenix and the Tortoise (1940-44), The Dragon and the Unicorn (1944-50) and The Heart's Garden, The Garden's Heart (1967-68). As we read the long poems together and in sequence we can see that Rexroth is a philosophical poet of consequence who offers us a comprehensive system of values based on the realization of the ethical mysticism of universal responsibility. He is concerned, above all, with process: the movement from the Dual to the Other. "I have tried," Rexroth writes," to embody in verse the belief that the only valid conservation of value lies in the assumption of unlimited liability, the supernatural identification of the self with the tragic unity of creative process. I hope I have made it clear that the self does not do this by an act of will, by sheer assertion. He who would save his life must lose it."
E-Book 01/1970

Poet-essayist Kenneth Rexroth (1905-1982) was a high-school dropout, disillusioned ex-Communist, pacifist, anarchist, rock-climber, critic and translator, mentor, Catholic-Buddhist spiritualist and a prominent figure of San Francisco's Beat scene. He is regarded as a central figure of the San Francisco Renaissance and is among the first American poets to explore traditional Japanese forms such as the haiku.