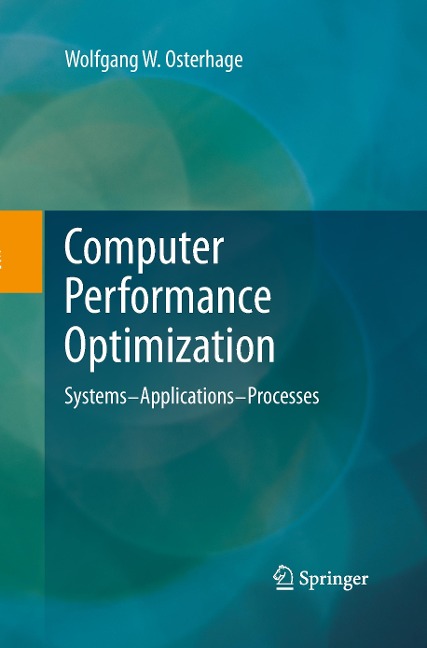 Computing power performance was important at times when hardware was still expensive, because hardware had to be put to the best use. Later on this criterion was no longer critical, since hardware had become inexpensive. Meanwhile, however, people have realized that performance again plays a significant role, because of the major drain on system resources involved in developing complex applications. This book distinguishes between three levels of performance optimization: the system level, application level and business processes level. On each, optimizations can be achieved and cost-cutting potentials can be identified. The book presents the relevant theoretical background and measuring methods as well as proposed solutions. An evaluation of network monitors and checklists rounds out the work.

Wolfgang Osterhage holds a university degree in engineering (Dipl.-Ing.) and Ph.D.s in physics and information science, is associate lecturer at the Johann Wolfgang Goethe University in Frankfurt/Main, owner and managing director of the IT consulting company "numeric tech" near Bonn in Germany. He has more than 30 years of practical experience in the IT business with special emphasis on security, quality and performance.