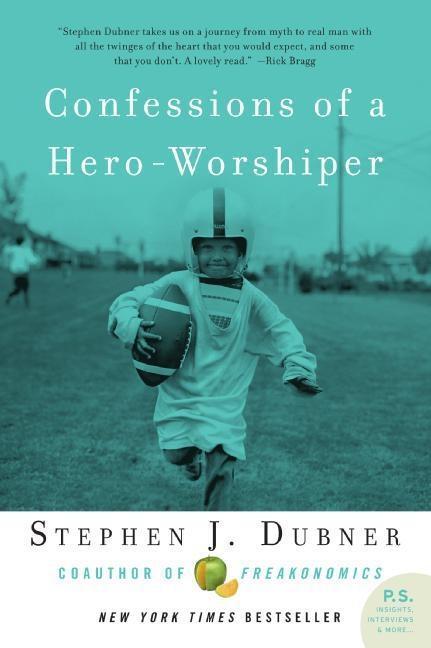 As a boy, Stephen J. Dubner's hero was Franco Harris, the famed and mysterious running back for the Pittsburgh Steelers. When Dubner's father died, he became obsessed—he dreamed of his hero every night; he signed his school papers "Franco Dubner." Though they never met, it was Franco Harris who shepherded Dubner through a fatherless boyhood. Years later, Dubner journeys to meet his hero, certain that Harris will embrace him. And he is . . . well, wrong.

Told with the grit of a journalist and the grace of a memoirist, Confessions of a Hero-Worshiper is a breathtaking, heartbreaking, and often humorous story of astonishing developments. It is also a sparkling meditation on the nature of hero worship—which, like religion and love, tells us as much about ourselves as about the object of our desire.

Stephen J. Dubner is an award-winning author, journalist, and radio and TV personality. He quit his first career—as an almost rock star—to become a writer. He has since taught English at Columbia, worked for The New York Times, and published three non-Freakonomics books.