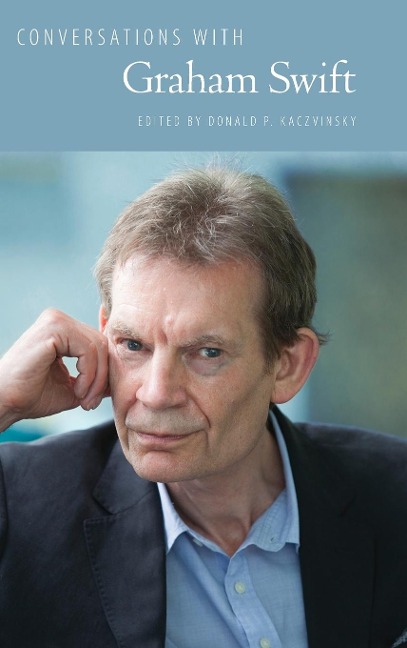 Conversations with Graham Swift is the first collection of interviews conducted with the author of the Booker Prize-winning novel Last Orders. Beginning in 1985 with Swift's arrival in New York to promote Waterland and concluding with an interview from 2016 that appeared in the Sydney Morning Herald, the collection spans Swift's more than thirty-five-year career as a writer. The volume also includes interviews first printed in English as well as translated from the French or Spanish and covers a wide range of formats, from lengthier interviews published in standard academic journals, to those for radio, newspapers, and, more recently, podcasts.
In these interviews, Graham Swift (b. 1949) offers insights into his life and career, including his friendships with other contemporary writers like Ted Hughes and the group of celebrated novelists who emerged in Britain during the eighties. With remarkable clarity, Swift discusses the themes of his novels and short stories: death, love, history, parent-child relationships, the power of the imagination, the role of storytelling, and the consequences of knowing. He also notes the influences, literary and personal, that have helped shape his writing career. While quite ordinary in his life and daily habits, Swift reveals his penetrating intellect and rich imagination--an imagination that can craft some of the most engaging and formally complex stories in the language.